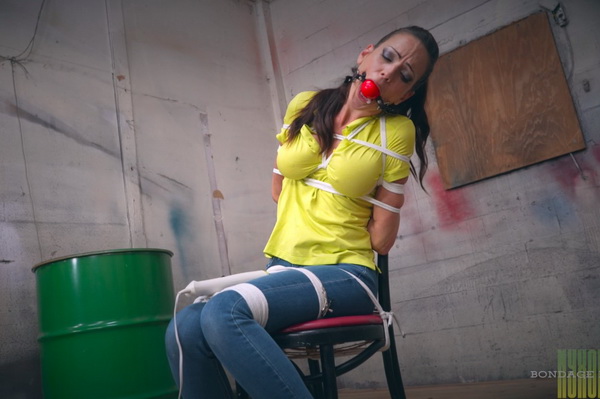 The scene starts with Slyyy already tied to the chair & a red ballgag in her mouth. Nyxon comes in & changes Slyyy’s gag to a panel gag. Nyxon gropes Slyyy’s big tits over her shirt, and after about a minute she leaves Slyyy to struggle some more. Nyxon comes back into the room, unbuttons Slyyy’s polo shirt & changes the gag out again to a big red ballgag. She takes a photo of Slyyy, then leaves her alone again to struggle. After a few minutes, Nyxon comes back into the room & ties an Hitachi between Slyyy’s legs & adds some nipple clamps over Slyyy’s shirt. She takes another photo with her phone & once again leaves Slyyy alone. Nyxon comes back for the final time & adds some more rope around Slyyy’s chest, then leaves Slyyy alone to struggle & continue to orgasm. 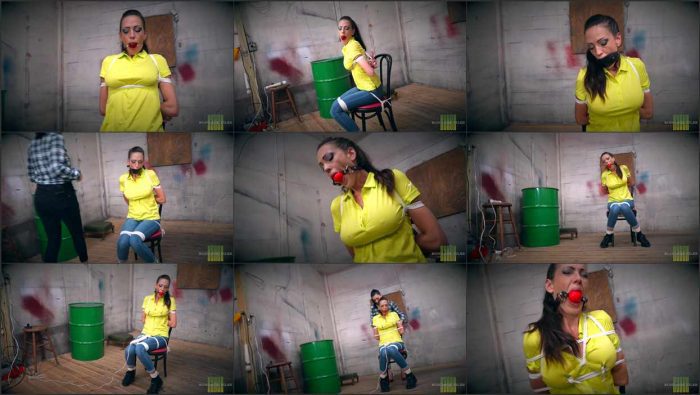 Nyxon & Madison Swan… Getting To Know You, nyxonsbondagefiles