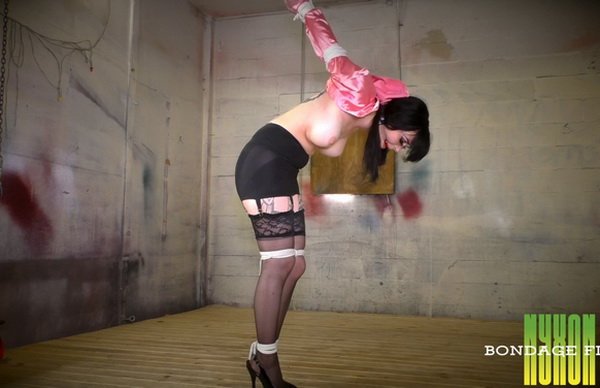 Nosy reporter Nyxon received a hot tip about some illegal activity happening at a local warehouse, so she decides to check it out all by herself. She creeps in the door, and immediately begins to poke around. She gets a little further into the warehouse, when a voice tells her to put her hands up & turn around. When she turns her head, she greeted by a thug who marches her into another room with very scary equipment. He pulls her elbows behind her, ans ties them nice & tight. Next, he attaches her wrists to a chain, and pulls her arms into a high strappado. He unzips her skirt, revealing her black girdle and stockings, then quickly ties her legs nice & tight. Finally, he unbuttons her blouse to reveal her huge tits. 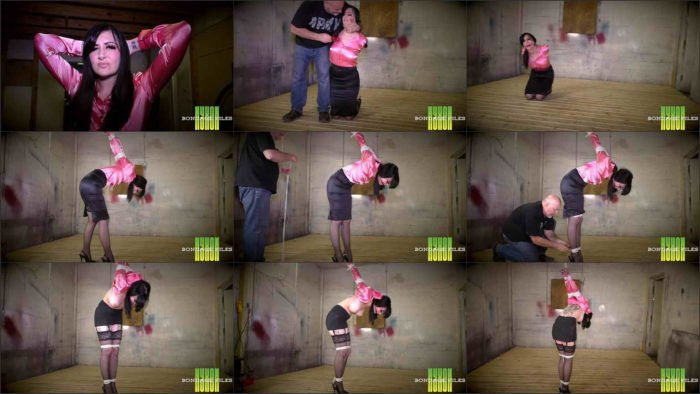