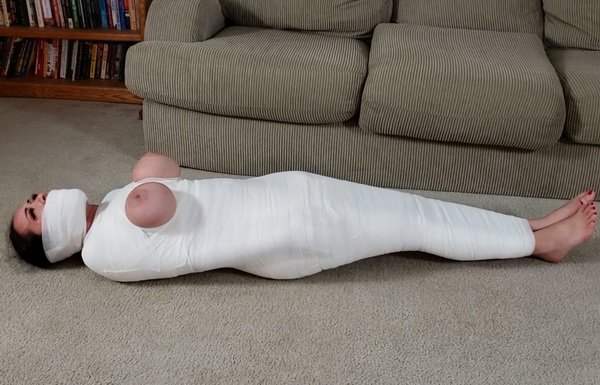 There’s an old saying: “There’s a shortage of perfect breasts in the world, and it would be a shame to damage a pair.” Well, nobody said you shouldn’t torture a nice set every now and again, now did they? Nyssa Nevers certainly has one of the nicest sets of tits I’ve ever seen, so when I mummified her, I made sure to leave those perfect boobs exposed. Of course, I gave them a good wrapping around the base first so they’d be sure to stand at attention while she rolled around in her cocoon, her bare feet wiggling as she moans into her gag! Desperate for rest, she occasionally manages to roll onto her stomach, further compressing those bound boobies and making her yelp in pain! But if she thought that was painful, she learned the nipple clamps were even worse! She’s smart enough not to roll onto those tits again, but she still puts on a hell of a struggle, the clamps jiggling with every move! 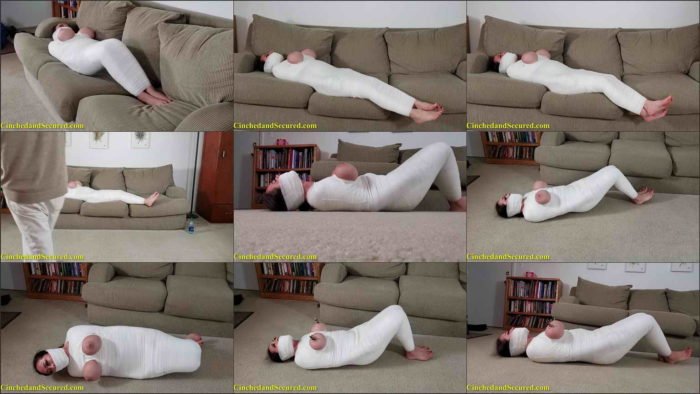