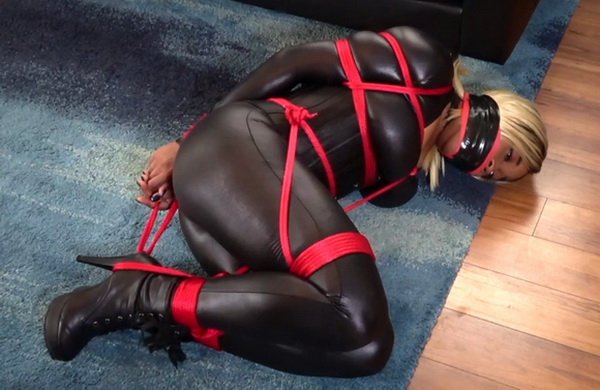 Goddess Nina is the baddest bitch on the block, known for her merciless “sessions” where she makes grown men cry and beg. Today’s dungeon session gets a little out of hand when the new slave revolts against his mistress. He holds her down and ties her arms behind her tight. She barks orders at him and demands that he release her immediately. This only fuels the fire. He reaches into her bag, pulls out a sponge ball, and crams it into her mouth. She fights and spits, but he wraps her face and tapes it in tight. Now angrier than ever she hisses at him to let her go. He shoves her down onto the couch and finishes tying her. He leaves her to struggle, and she topples over to the ground. He doesn’t make it easy on her, grabbing more rope and effectively ball-tying her.. He takes her riding crop and whips her ass and tits with it, further humiliating her. She is now furious and is not about to be begging anyone to be released. After some time passes she realizes she is really in trouble here. The tight tape gag is extremely painful in her tiny mouth, and her poor arms got tingly over an hour ago. Will he let her go? How long will this poor Mistress suffer? 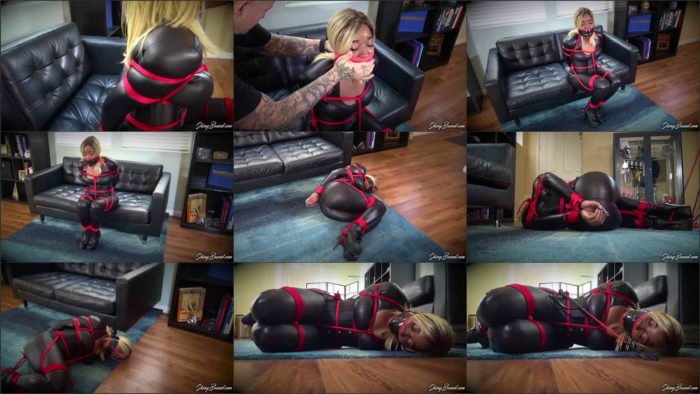 Sarah Brooke.. Tight Tied and Vibed in Her Swimsuit