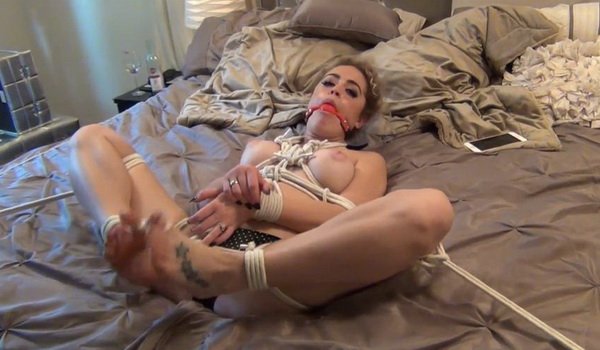 Nikkole’s pink bathrobe has been tossed away to the side as she’s now ball gagged and laying on her back topless but in black panties. A red ball gag strapped into her mouth and buckled tight. Her home invader has tied her knees wide apart widely. Her big toes are tied as well as her ankles. ropes cross over her chest as her hands are tied in front of her. As he records her plight he has tossed her phone so close to her head..teasing her with a means of escape. He moves in close to do what invaders do… but…was that a car door? Does he have to take his leave early? Maybe if he does he will need to revisit Nikkole soon.