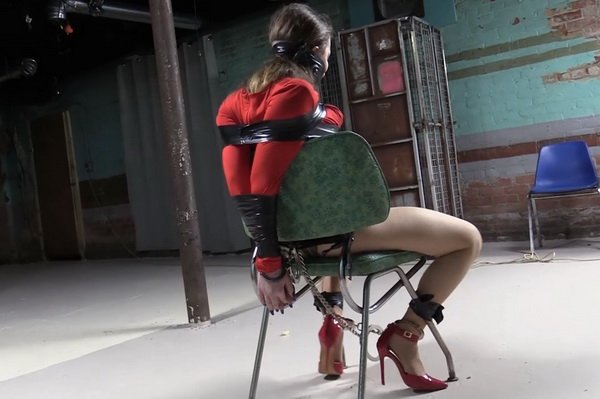 New bondage model Brooke Bliss in: Corrupt security guard and the little cutie. Brooke Bliss got caught stealing at the porn studio she was working for so she was left for JJ to have some fun with. She is cuffed in a jailcell with legs spread just waiting, JJ comes in and then hogcuffs her while she wears a spider gag. She is let up from the ground and told to stand against the wall and searched before being led out of the small cell while wearing short leg irons. Her dress has been cut much shorter to show off her legs. She walks across the room, wearing nipple clamps she was forced to put on herself while still cuffed behind the back. She poses and then she sits in the chair, still cuffed, another cuff added so she can’t get up and then she gets taped to the chair as well, including her forearms making it very uncomfortable for the little thief… The cleave gag made from her dress is removed and another piece of her dress is shoved in her mouth, small clear tape wrapped around her head. Soon a lot of black tape is added to the gag to match the tape on her body, of course. She is left for a while, gag removed, tape cut from her body and given a long key that has already been inserted to the cuffs and told to get herself the rest of the way free… 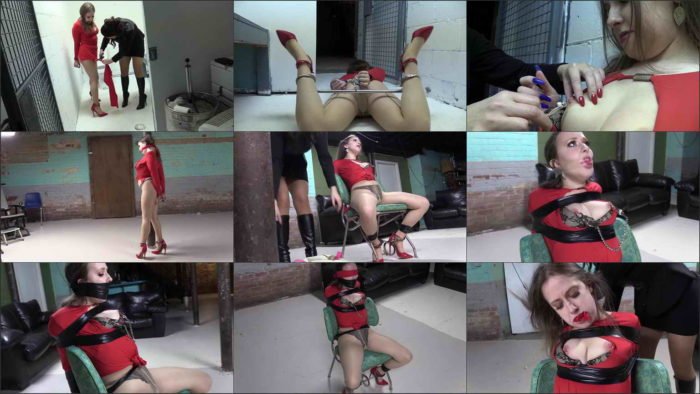 Self bagging, nipple clamps and the leg ironed