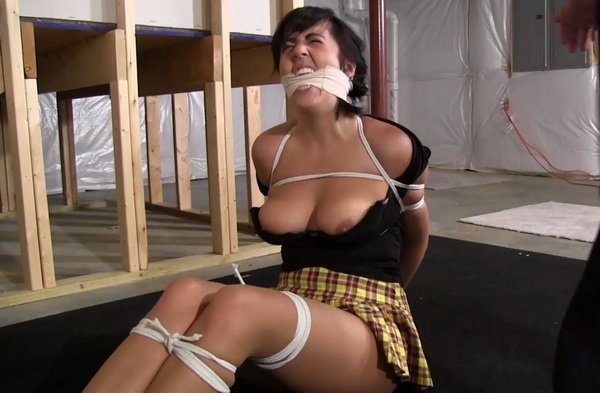 As he walks down into his basement, he receives a call from his next door neighbor. When she asks him if he has seen her daughter Dixie, the man tells her, “No!” But as he hangs up and opens a door, it becomes obvious that he is lying. Because right there hogtied and gagged on the floor is Dixie. It turns out Dixie has been snooping and has found out her neighbor is involved in some illegal doings. He cannot let her leave and needs to make arrangements for her to take one way trip. He removes the gag to let her have a drink of water. But Dixie spits the water all over him and now he is mad. He re-gags her and ties her up tighter and with more rope. Then after a while, he returns and pulls her skirt of and her pantyhose down. After he make a call to finalize plans to sell her off to a client, the man re-gags her again by stuffing a larger pair of panties in her mouth and then taping her up. Then before he before he hogties her, the man pulls Dixie’s bras down to expose her boobs. 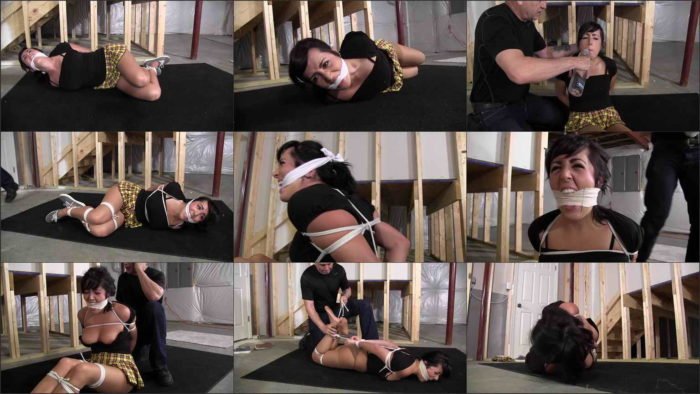 Serene Isley Tied Up and Gagged, Shut the Pretty DA Up