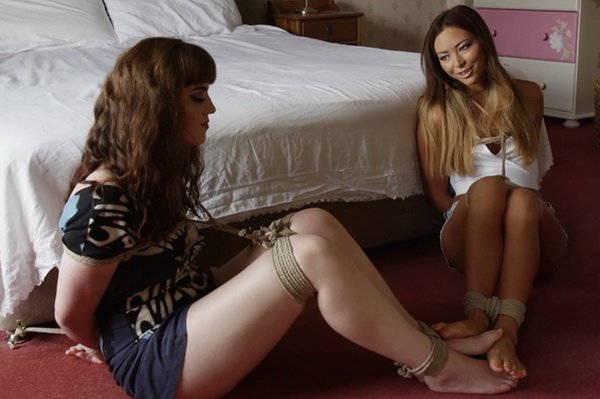 Hi Everyone, here is a special custom video shot as a reward for winning our story competition a while ago. Here is what the winning entrant said he’d like us to shoot for him: I would like to see two captive ladies playing footsie while tied up. One possible story line could involve two ladies who have just been tied up by some mysterious intruder(s), (that we don’t need to see), who just came in and tied up the two women so that only their feet can touch, and then left. One lady is indignant and wants to know why anyone would come in and tie them up and then leave (Ariel could do this well). Her friend doesn’t seem to mind being tied up and is in fact enjoying it. The indignant woman wants to know what is wrong with her friend (“You shouldn’t be enjoying this”). The indignant woman gropes with her toes in a futile attempt to reach and loosen her friends knots. Her friend responds by “playing footsie” which initially frustrates the indignant woman, but soon she relents and both women are enjoying each others bound feet with their own bound feet and being tied up in general. 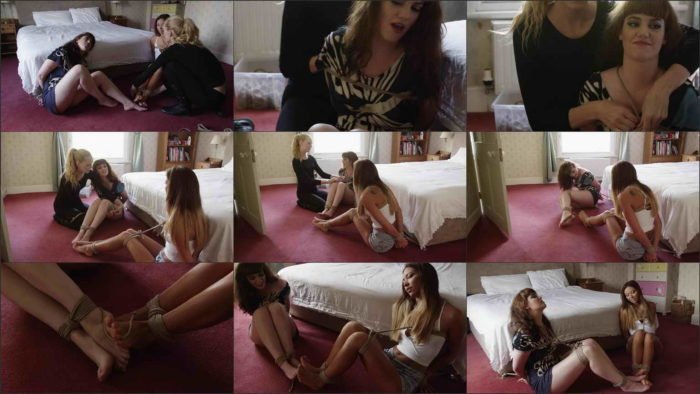 Ariel Anderssen and Katy Cee – The Love Shack At Sunset