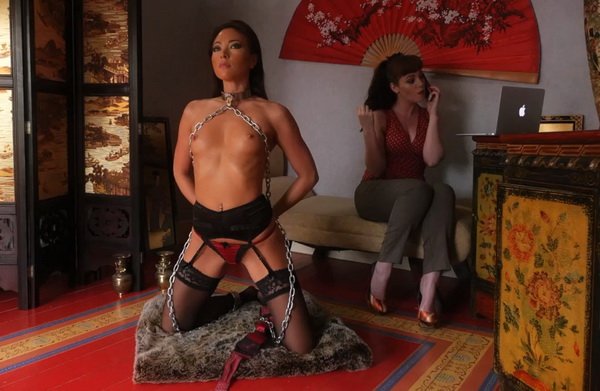 Model-Agent Natalia Forrest’s slave training is complete! Broken by The Underground, she is no longer an independent woman of action – she is genuinely ready to accept her new existence as a sex-slave. The training has been arduous and comprehensive, and Mistress Zoe has put a lot of time and energy into it… time to see whether it will pay off! Natalia is to be sold at auction by the fearsome Honest Omar slave traders! Who will purchase her?
Hywel’s note: as I mentioned, Love Knot Revenge was briefly the longest and most involved custom video shoot we’d ever staged. It held the crown for about five weeks, until it came time to shoot The Underground. One couldn’t imagine a more complete contrast in the brief- the script for Love Knot had been millimetrically precise and ran to over 100 pages. The brief for The Underground was sweeping, general: combine the features he’d loved the best from Slave Auction, Pony Girl, positions training and some other RE videos, add a 1960s-style spy plot, and some touches and focusses he’d really like to see (like the focus on changing outfits).
The whole thing was less than a page. The only catch? He wanted something properly epic in scope- at least two and a half hours run-time (we ended up at almost four- go team!) We’d never shot anything as long or as ambitious before.
So the first order of business was for me to flesh out the storyline into a treatment, something we could plan around and see how we could work in all the relevant elements. It had to make sense, there had to be plenty of action. We knew almost at once that we’d have to go back to shooting it in the way we’d shot older films- multiple cameras, long rolling takes. There’s no way we were going to be able to script dialogue, and we’d need a top-notch domme to drive the scenes. Fortunately, even though Zoe was moving to Spain, she said she’d be happy to come back for the shoot. With scenes that were going to involve three girls, lots of improvisation, and plenty of action as well, multi-cam was the only way to cover it. 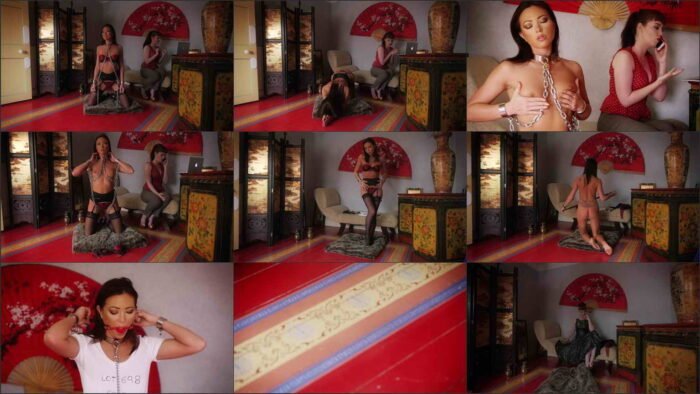