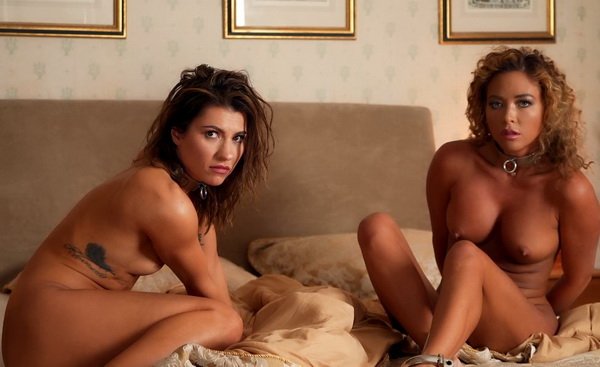 Czech Beauty is a princess of the ruling family of a small country who is quite fond of wine. Natalia is a local bartender who has quickly become her best friend. The King is throwing his annual party in celebration of the anniversary of his coronation – where he plans to announce his arranged marriage for Czech Beauty. The wedding has been carefully planned by the Queen – who is the cruel stepmother to Czech Beauty. Unknown to the King and Queen, Czech Beauty decided to sneak Natalia into the party in the disguise of a waitress – CB and Natalia spent the entire evening drinking wine and making fun of some of the pompous guests in attendance. Unfortunately, one of the pompous guests is the groom to be and he immediately breaks off the arrangements for marriage. Now there’s hell to pay!
Natalia is slowly walking up the stairs towards the bedroom door completely nude except for Irish 8 cuffs (locking her wrists behind her back), Darby style leg irons, and a SM Factory collar. Natalia pauses and turns around once she reaches the door to the bedroom. Natalia asks what she could have possibly done to warrant her being arrested and marched through the castle nude. The guard only states that he will inform both girls of their offenses once inside the bedroom – the guard states that Natalia may now enter. Natalia begs the guard to allow her to change back into her clothes so as to not allow the princess to see her in such a nude state – the guard refuses. Natalia then asks that the guard at least remove her cuffs if she cannot have her clothes to allow her to cover herself – the guard sternly refuses and orders her to open the door and enter the bedroom.
Once inside the room, Natalia notices that CB is comfortably asleep under the covers of the bed and attempts to quietly shuffle over to stand beside the nightstand… 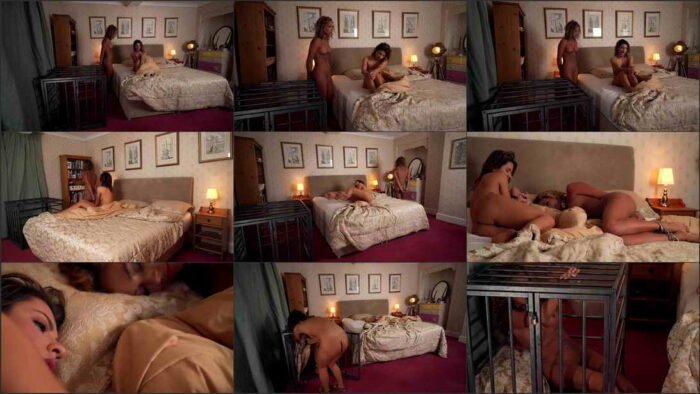