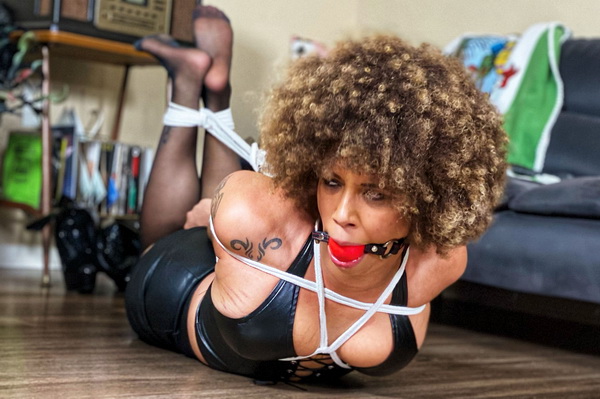 Dominatrix Nahla is angry with her session client for being 2 hours late, and when he finally arrives, she berates him for not completing his weekly tasks. After about 5 minutes of being relentlessly verbally humiliated by her, he comes at her knocking her onto the couch. The next scene has Nahla stripped of her boots & tied tightly on the couch. Nahla continues to angrily yell at him as he comes towards her nylon covered feet & she demands to be let go this instant. He shows her a red ballgag that he found in her Dungeon, and she tells him to put it away. The final scene has Nahla gagged with the ballgag & in a tight hogtie on the floor. She struggles & angrily yells at him form behind the gag until he finally leaves. 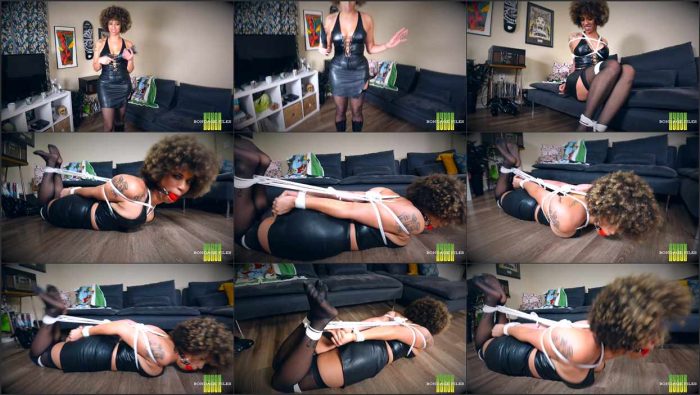