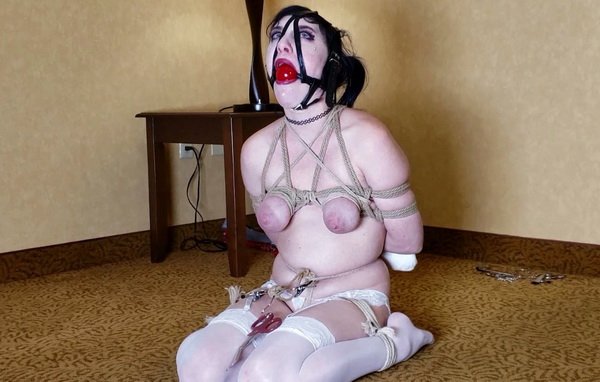 You learn something new everyday, and today we learned that Mystick HATES breast bondage. Maybe it’s because her nipples are so sensitive, but when her tits are tormented, the poor little thing can’t help but cry. Now, we’re certainly not the sort of monster who TRIES to make a girl cry, but if it happens, we certainly won’t complain! The same can’t be said for Mystick, however, who moans, complains and sobs through the various gags she is subjected to during this scene. The gags are nothing compared to what we do to those tits! After being tightly bound, we subject them to slapping, pinching, nipple clamps and various other “delights” and what do you know? Turns out Mystick was as good as her word, and the tears DO flow, especially after we force her to bounce her clamped breasts up and down for or amusement! Mystick may be miserable, but we’re certainly happy! 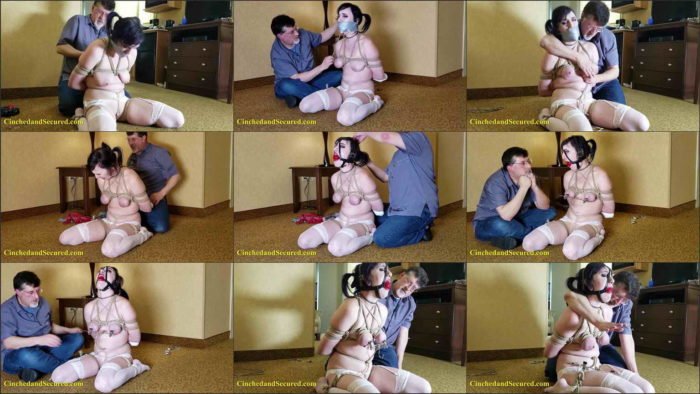