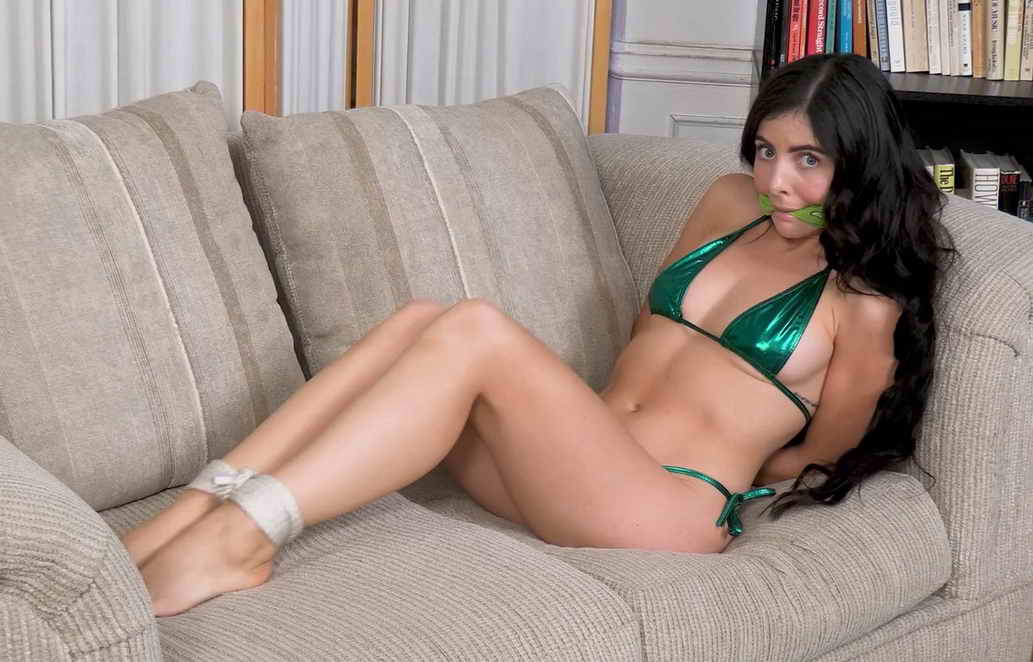 In the final chapter of this POV fantasy, the B&G Company executive has a meeting with advertising specialist Theodora Day. She’s very excited about the ad campaign she’s come up with for him. Because most of the designs are string bikinis, or are a strappy or bandage style, she wants the campaign slogan to be “Tied Up All Summer.” She believes the somewhat naughty connotation would be a real attention-getter, and it’s definitely captured his imagination. The executive indulges in a fantasy of the gorgeous brunette in a very revealing string bikini, and Theodora is bound at the wrists and ankles on the sofa. She complains about the treatment, saying he could’ve just told her he didn’t like her campaign idea. The stunning lady is then cleavegagged, and we get to admire her shapely, bound legs for a moment before Ms. Day is put through her bondage paces. The long-haired beauty is then fold-tied, perched on the edge of the sofa so we can admire the very high arches of her feet. She’s moved to the floor, helplessly struggling against her restraints while the executive enjoys this private show. Then Theodora is bound in a “jackknife” position. She struggles against the restraints, and before long her breasts are exposed. She falls over, completely unable to get up and allowing a tantalizing view of her remarkable backside and the soles of her feet. When the executive ends his lusty reverie, it’s apparent he approves of Theodora’s ad campaign. 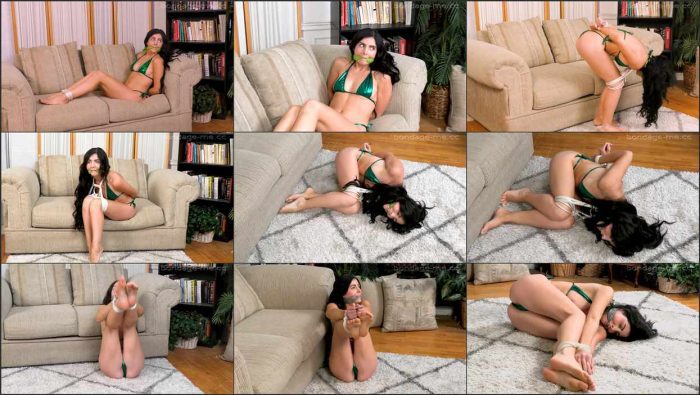