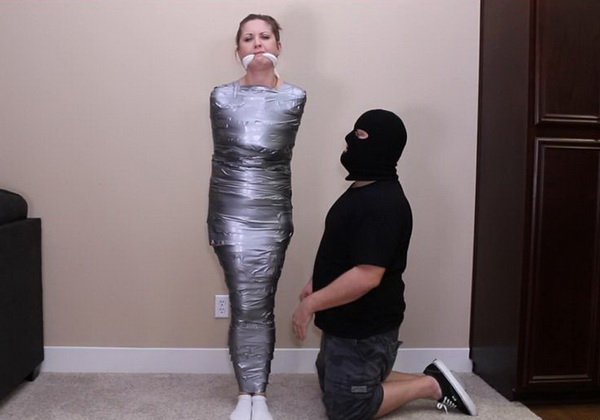 Chrissy was out on a run when she suddenly realized someone was following her! She tried to run faster to get home but she was already too tired and he caught up to her! He knocked her out with a blow to the head, stripped her down to nothing but her ankle socks and her taped her just enough to secure her for now while she takes a nice ride in his trunk! He brought her back to his hideout where he left her to sleep it off while he notified his boss of the new merchandise… Nude Mummified, Wrapped Up In Her Worst Nightmare

Bound and gagged, Struggles In Self Defense