Home » Bondage M/F » Molly McFearson- I have your girl friend taped up and gagged, oldschoolbondage 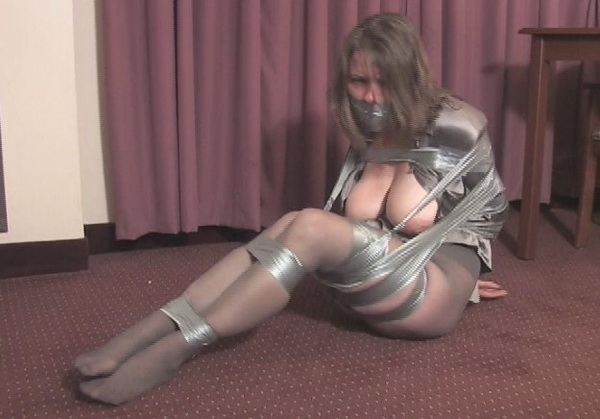 Some guy owed him some money. But he refused to pay. So the man took something very special from him, his girl friend Molly Mcfearson. Molly pleaded with the man as he her to sit on the floor, “Please dont do this! He will pay you the money!” But the man paid no attention to her as he pulled out a roll of duct tape. Molly immediately knew the man meant business when he started taping her hands behind her back. Molly continued to try to reason with the man. But then things got really bad for her when he stuffed and taped a pair of panties in her mouth to gag her. This didn’t stop Molly from trying to plead with him through the gag as he wrapped her completely with duct tape. To show her boyfriend that he meant business, the man then ripped Molly’s blouse open and pulled down her bra so that when he sent the boyfriend a picture of his bound and gagged girlfriend, her big tits would be out. Later in the video, it appears the boyfriend still refuses to pay. So the man rolls Molly on her stomach, climbs on top of her and un-buckles his pants. When he starts ripping her pantyhose off, Molly knows now what the man is going to take her in payment. 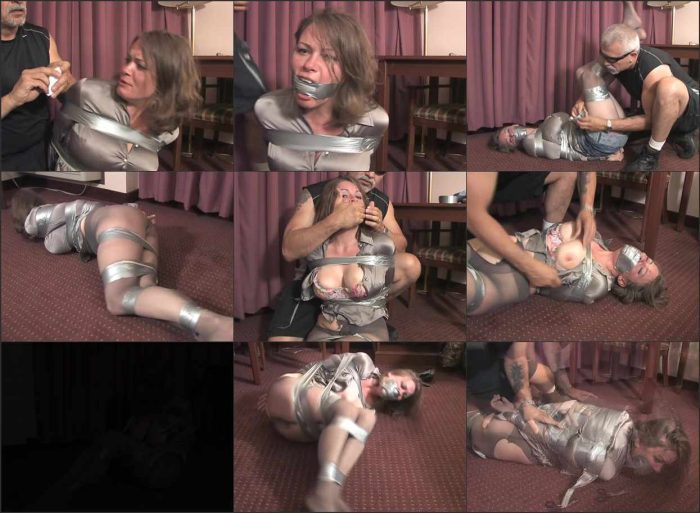 Oldschoolbondage Cleo Nicole – What the fuck do you need duct tape for!

Goldie Blair bondage, Her husband was napping while she was getting tied up, Oldschoolbondage

Baby Sitter Hannah Perez found taped and gagged with her panties down, Oldschoolbondage

Sarah Brooke tape bondage – Now he has me taped up tight! oldschoolbondage

Emily Camille – Help! I’m in here! He has me taped up! oldschoolbondage