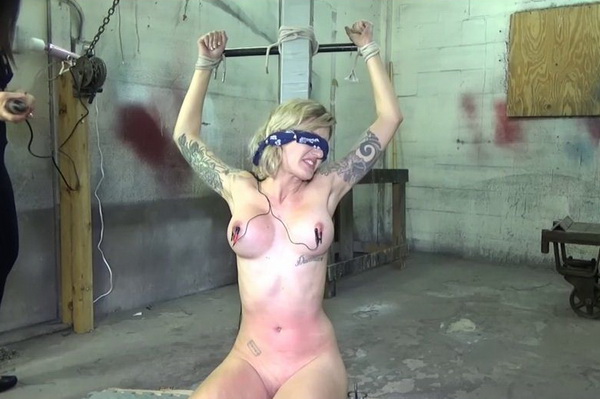 Busty blonde Reagan Lush is the toughest spy I’ve ever had to break. Despite all the interrogation not to mention the hours of t0rture, Reagan remains determined not to cave. After several nights spent alone in the abandoned warehouse Reagan is a disheveled mess. Tonight I have her bound kneeling on a pallet with her arms bound over her head. The tens unit pad are attached to her big tits and they are spasming from the high current. I show Reagan my nipple sucker devices before blindfolding her. I apply them tightening the suction so hard that she begins to lactate drips of milk. I laugh as she screams. Her nipples are being sucked and stretched and clearly the spy is in total agony. The beauty curses and sobs but still refuses to talk… Reagan Lush The Interrogation of a Spy