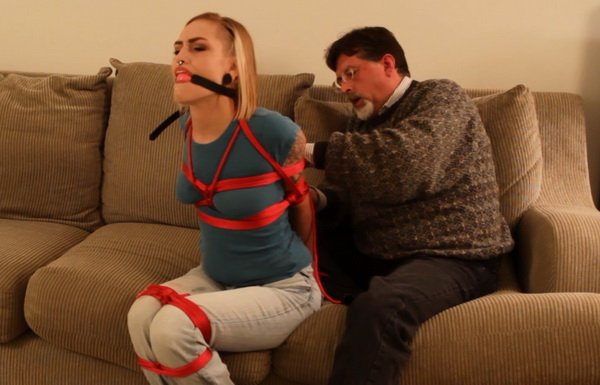 Amanda is tremendously excited to audition for a high profile independent fllm, but unfortunately, she’s a little worried that she won’t be convincing in the role of a bound and gagged damsel. Fortunately, her friend has a lot of experience, both as an actor, and a collector of tightly tied women! Claiming that all she needs is a little practice, he easily convinces the slim blonde to allow him to tie her up tightly in her t-shirt, tight jeans and socks, and even gets her to willingly submit to a ball gag! Left alone to experience the sensations of bondage and build her “sense memory” the sexy girl struggles and drools as she writhes around testing out the feeling of the snug ropes. When her friend returns, the girl is ready to be released, but things take a turn for the worse when he informs her that she isn’t anywhere near distressed enough. Unfortunately for her, he knows just how to fix that! He hogties the drooling girl, and leaves her alone to fight against her bondage! She may not be bound for stardom, but she’s certainly bound for the foreseeable future! 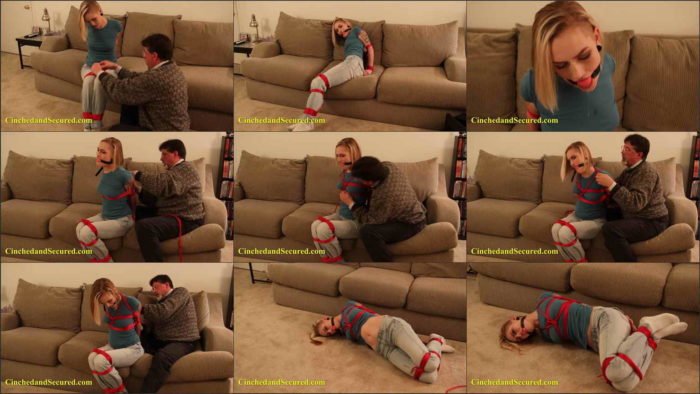 Cinched and Secured Riley Jane – No Way Out, Rope Bondage