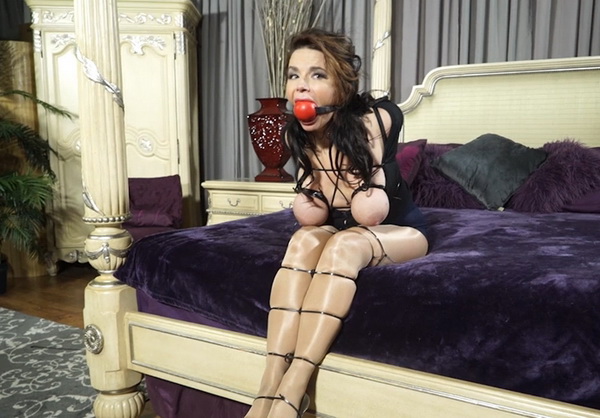 JJ went home with a man that was throwing money around all night. He even left thousands on his bed side table. She decided he wouldn’t miss it and she left assuming he’d never come looking for her but she was wrong. She came in talking on the phone to a girlfriend about how much money she had taken from the guy explaining that she would pay for her friends hair to get done. He is already in the apartment, with a weapon at that. He makes her ballgag herself but she tries to explain that she really liked him but knew that he wouldn’t call back because she slept with him the first night. She tried to convince him that she only took the money hoping he would come looking for her because she likes him so much… Damsel in distress, may the bridges I burn… elbow bondage