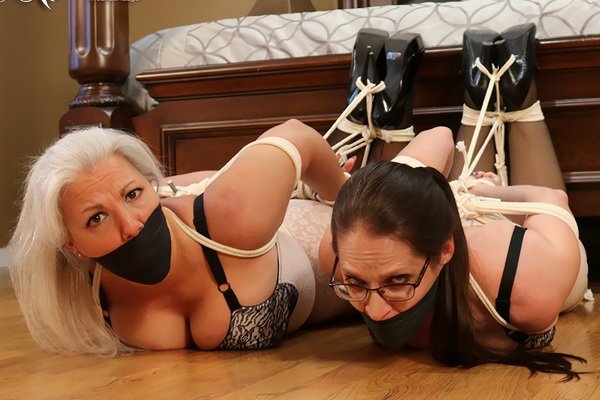 1950s MILF Lesbian Housewives Sandra Silvers & Christina Sapphire in Garters, girdles & Stockings get Hogtied, gagged and robbed by Brutish Burglar. He had seen the two around town. The rumors spread. They worked together, They LIVED together, there was definitely no man in the house. Sounds like they should be easy, and pretty, picking for a burglary. Later that night, He’s hopping the tied tarts into the bedroom, to lie them on the floor, gag them and leave them hogtied as he empties the house. All they had to do was lie there and nothing was going to happen. But these two just wouldn’t listen. Here they are rolling around reaching for each other’s ropes. This just wont do. He picks the bound and gagged Christina up off the floor. “Looks like you’re going to be first!” he growls. Sandra’s eyes grow wide as she thinks, “first for what?!” 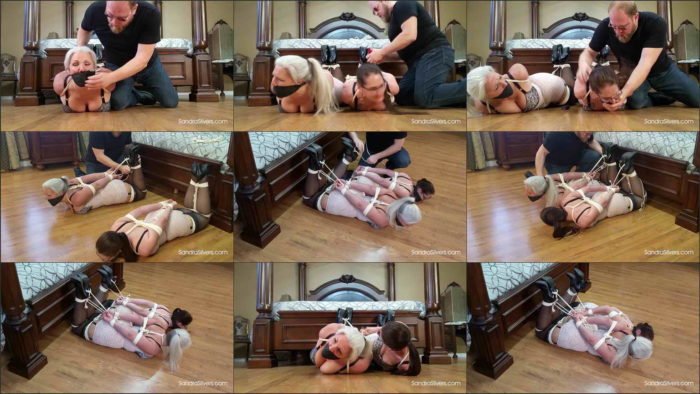