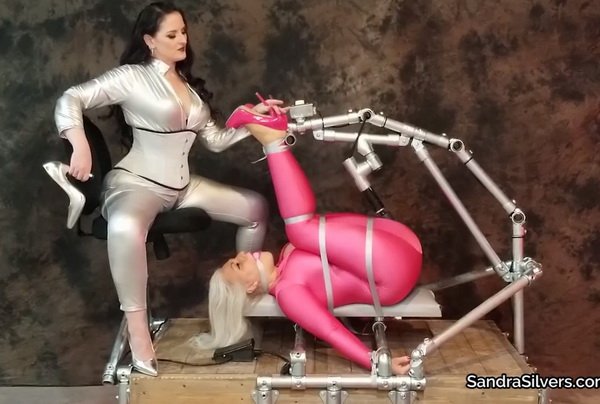 In an impossible predicament Sandra Silvers lies – wearing pink spandex from neck to ankle and matching high heels and ballgag – bent in two by the frame of steel, strapped in place in its scorpion-look grip, her ample bust crushed beneath her knees. Her Arch Enemy enters… similarly suited she struts in with cat like grace, Caroline the strict, bondage loving Bounty Hunter of Heroines, has finally gotten her hands on the now helpless Silvers. But it’s not just her hands that want to make the most of the captured MILF. Slipping off stilettos and rubbing her toes over the foxy fettered female’s face from a chair built into perfect position upon the torturous device. Her own bare feet and high arches aren’t the only pair perfectly presented for worshipping … Sandra’s own wave in the air as Caroline’s attentions turn to them next. What does this dial do, next to wriggling, wrinkled soles? With a twist a loud buzzing fills the air, coupled with Sandra’s squeals, as the orgasmic powers of The Arch Enemy are revealed! 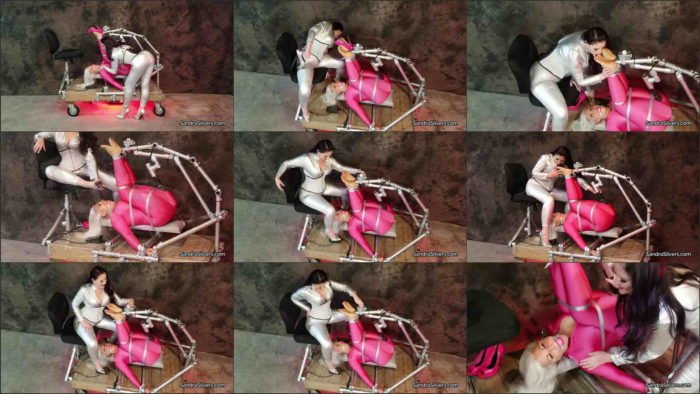