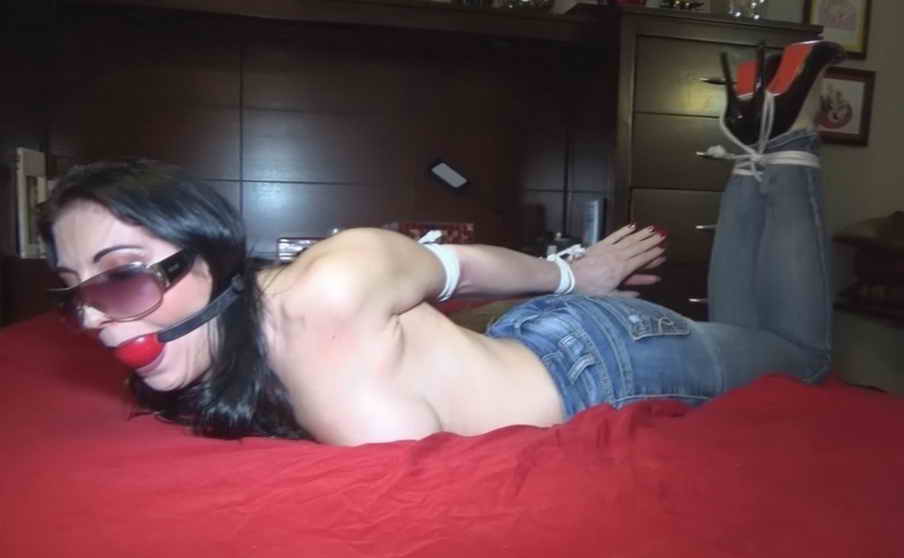 His raven haired busty step mom comes outside by the pool wearing skin tight blue jeans and crop top and high heels. She’s holding a package that her step son sent to her. Excited to see what’s inside Raven tears open the box to find lots of white rope, a big ballgag and sunglasses. Her step son is bondage producer and after many months of Raven begging, he finally agrees to let her audition. She puts on the sunglasses flexing and stretching her arms anxiously waiting for him to arrive. She finds a note inside the box telling her to wait in the bedroom and to tie her ankles together. He gets there as the big tit step mom is finishing off her ankle tie. She thanks him for giving her the chance to prove that she can be one of his bondage models as he grabs her arms and cinches her elbows together tightly with rope. Raven strugges and rolls around the bed in the tight bondage. She persuades him that she’s willing to do anything to become one of his bondage girls. He dangles a huge ball gag in front of her and straps it into her mouth tightly so that she can’t attempt to push it out. The dark haired beauty continues to wiggle and flex her toned body as her step son adds rope to her wrists. He binds her knees together and watches as she struggles and maneuvers her bound body. After some time he removes her big ballgag and informs his step mother that she’s passed his test. Raven thanks him as she sits by the pool admiring her rope marks and feeling proud of herself. 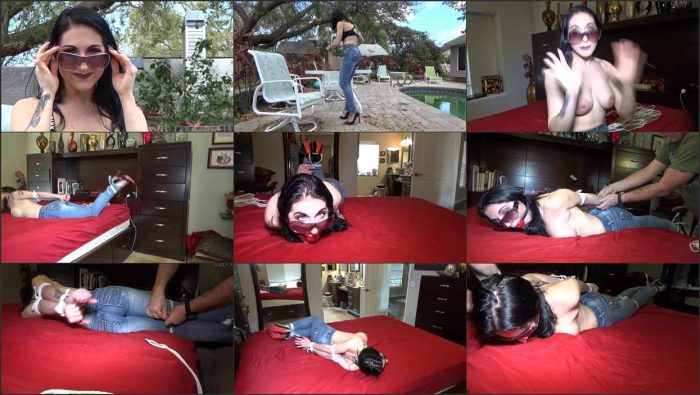 Ayla Aysel Ballgagged and Tied in a Turtleneck, Jeans and High Heeled Sandals!

Kimberly Jay loves her coffee, but loves her hogties too, jbroper