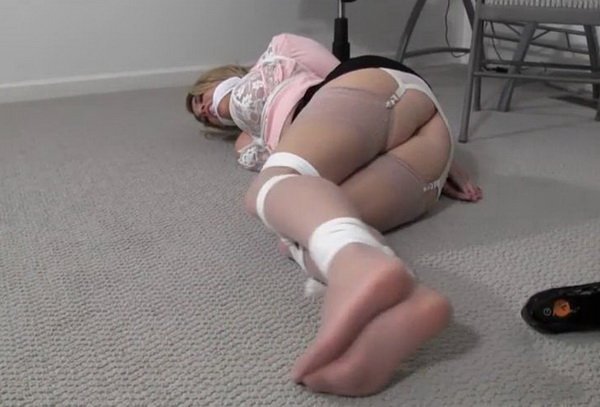 Carissa is a secretary who has a habit of getting herself in trouble with her boss. It has gotten to a point where the boss knows now that she is making mistakes on purpose because she likes the punishment she receives from him. So today while they were both working late, she typed a report that was completely wrong. When the boss confronted her, Carissa stood up, bent over her desk and lifted her skirt hoping for a spanking. But the boss decided that tonight she really needed to be taught a lesson and told her that he was going to try something new… Toes tied in socks, you aren’t going in public in socks & a tight shirt