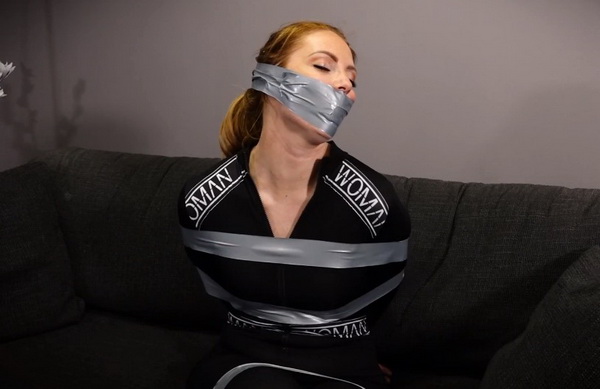 Mila wants to be tied up with silver PVC tape. When her friend is done helping her with the tape bondage he has to gag her. He has to stuff Mila’s mouth and tightly wrap the tape around her head to secure the stuffing in. Mila is left alone to struggle and gag talk. She makes MMMMPPPHING sounds but they sound more like enjoying sounds rather than being “captured” sounds. Mila makes DID sounds sometimes in between but remains to enjoy her bondage and gag a lot. 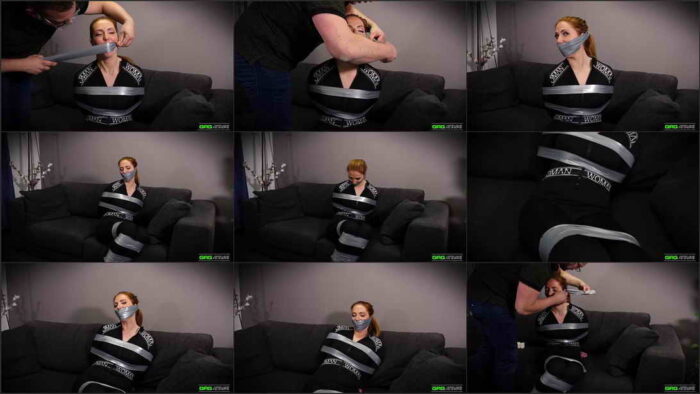