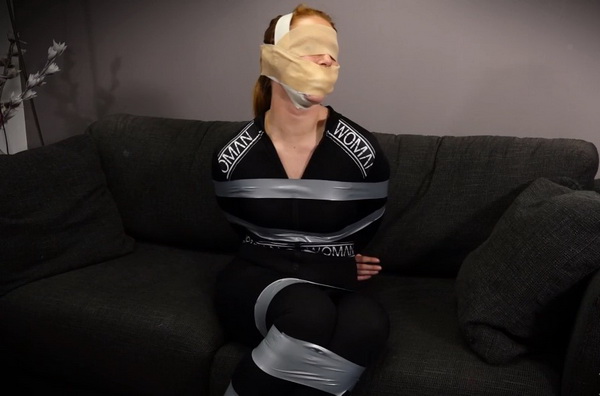 Layer 1 Mila enjoys the bondage so much that she let’s her friend gag her very heavily. He folds a hankie double and stuffs it inside Mila’s mouth. He wraps 2″ microfoam tape around her head as a cleave gag and wraps a wrap under her chin and over her head as well. Mila makes MMMMPPHING sounds through her gag and sounds that make clear that she is enjoying this kind of bondage very much.
Layer 2 Now that Mila is already used to a heavy double tape gag she instructs her friend to wrap 3″ Microfoam tape around her head as well pushing the stuffing even further inside of her mouth. The very tight effective gag makes it impossible for Mila to speak she can only MMMPPPHHH through the gag and wait till it is removed. Layer 3 Mila is now being blindfolded to enjoy the bondage and heavy gag to the fullest. You can hear in her gag MMMPPHING that she is enjoying it very much. After a while her gag is removed and she comes back out of her bondage enjoyment. 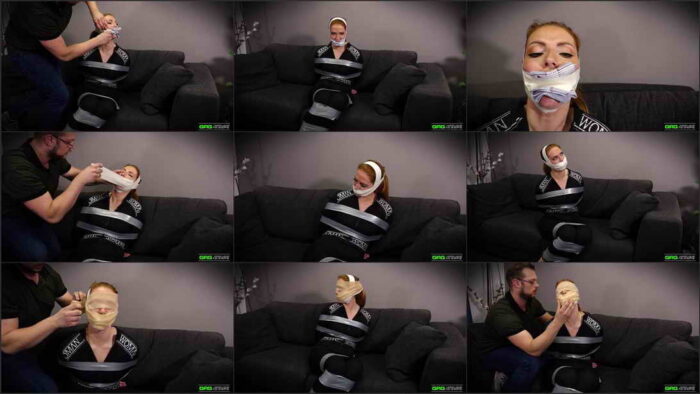