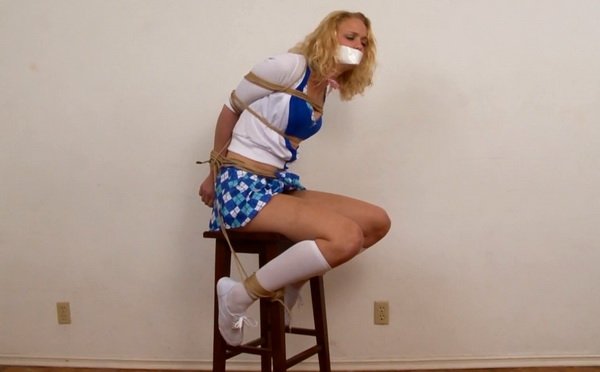 Because of her bratty attitude, cheerleader Mia Vallis has been told to stand in the corner. But she’s not going to tolerate such treatment, and she continues to mouth off. Her defiance and lack of respect earns her some time tied to the stool, and she has to wear a sign for punishment. But she continues to sass her superiors, and so she’s cleavegagged. As her humiliating punishment continues, Mia’s elbows are tied together, she’s tapegagged and ultimately winds up wearing the dunce cap. Will she ever learn to behave herself?