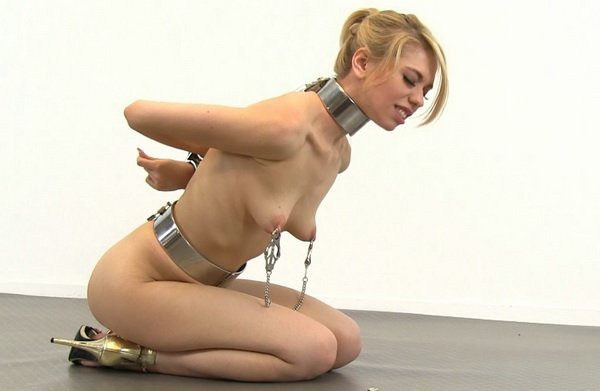 Metal Bondage Abigail hates nipple clamps. She told us: “If there’s one thing I hate it’s nipple clamps! Especially clover clamps!” Great idea! But first, we built a contraption on her back, between her collar and waist belt. Abigail wasn’t sure what was going on behind her back, she was only focused on the moment we told her to put nipple clamps on her cute perky boobs. That really hurt! She wanted to take them off again quickly, but we secured her hands behind her back. in the Rigid Box Tie Device! Perfect for girls who try to take their nipple clamps off! Abigail was panicking when we told her she had to escape the device first if she wanted to take off the clamps. We threw the keys on the floor. an impossible task: even with the keys this device is inescapable, all Abigail was doing is hurting her nipples more by more around to reach the keys. 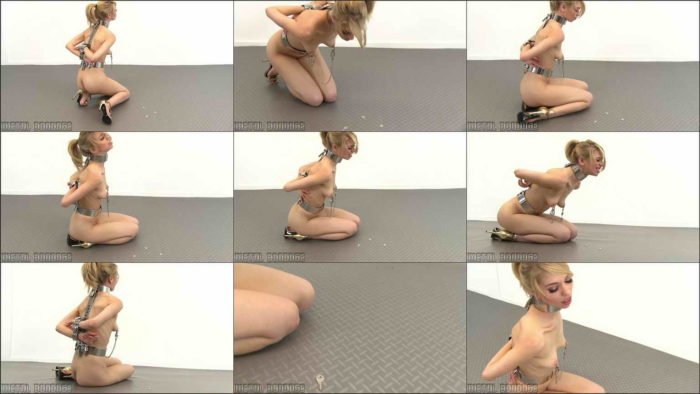 Metal bondage Yasmine is back!

Cobie in The Spider Device