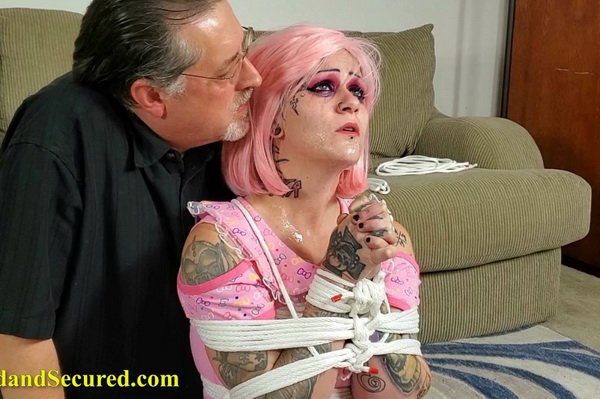 After a seemingly endless day of captivity and instruction at the hands of the demented preacher, Mallory’s resistance is at it’s lowest point. She had been made to suffer through tight bondage, inverted suspensions, clamped nipples, spankings, excessive mandatory cigarette smoking and unwilling orgasm training, and now Mallory’s will has finally been broken. She’ll do anything to stop the punishment and serve as a good christian girl. Trapped in darkness, a burlap bag stretched over her head, the penitent sinner mewls in fear. Her black goth clothing and hairstyle had been switched out for a new makeover including a childish pink one-sie and wig. Now, she waited, frog-tied and helpless, her hands bound before her in an obscene gesture of prayer. The preacher returned and removed the sack, revealing the ring-gagged sluts drool soaked face, and Mallory’s heart sank when she was informed she’d be shipped away for further indoctrination. Desperate to avoid torment at the hands of a new group of unknown devils, she enthusiastically agreed to become the bride of her captor. Of course, it would not be that easy… 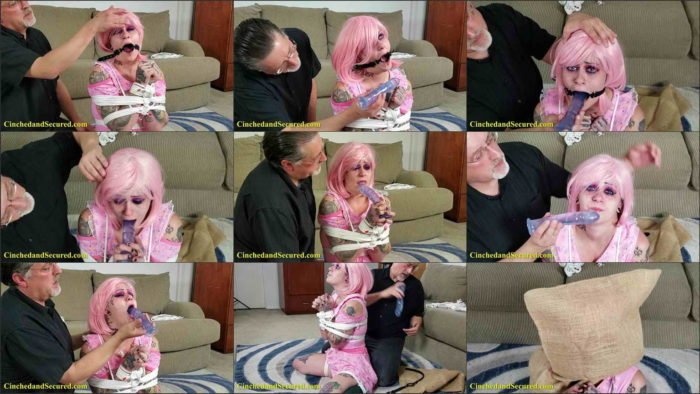