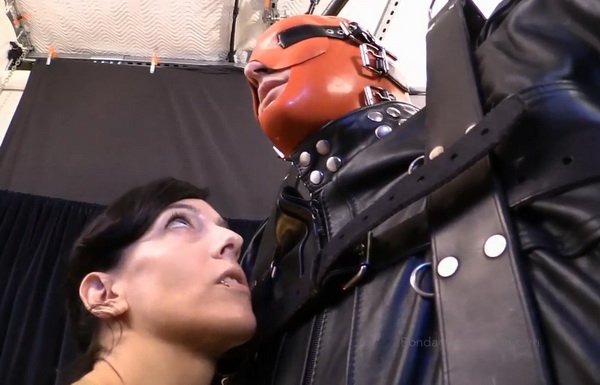 Once Elise slips herself into transparent latex, she begins to transform into someone else! Wearing a transparent rubber dress and gloves, Elise buckles Sabret into a heavy rubber straitjacket and multi- function Studio Gum hood. At first she allows Sabret some time to adjust, so his eyes are uncovered, however, after zipping and strapping him into a thick leather sleepsack situated on a mummy board, Elise covers not only his eyes, but his mouth as well. Elise is incredibly entertained by Sabret’s thrashing and moaning for air. As a treat, she delivers some of her golden nectar through the small hole over Sabret’s mouth. He is eager to consume. Elise transitions her sleepsacked rubber gimp into a vertical suspension, allowing her to have a bit more fun! Elise exposes Sabret’s cock, making it the only part of his body that she comes into contact with. The cock is lubed and Elise grabs tightly with her gloved hands – demanding that Sabret fuck her hands while suspended. Wanting more control of his breathing, Elise switches out the heavy rubber hood for a latex pig rebreather hood, which delights her greatly! Forcing Sabret to hyperventilate for her own amusement, Elise rubs her rubber body up against his cock. Good times! 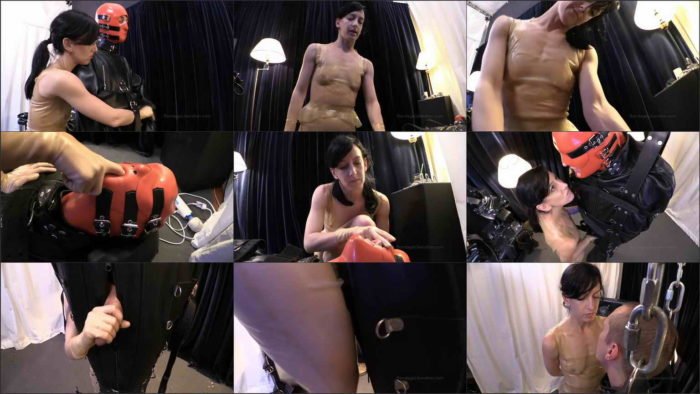