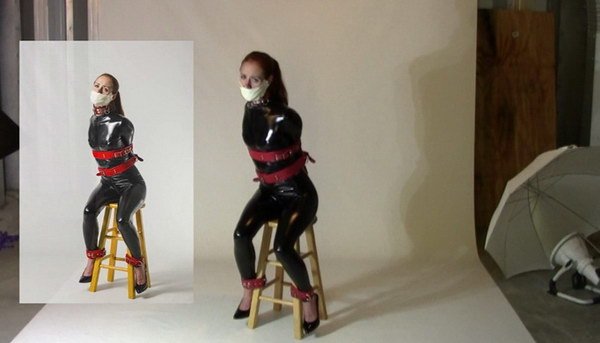 Just a note for those of you interested: I will be releasing any further Fetish Photoshoots with the actual photos from the shoot in the update, not part of a separate update. So you can see the photos we shot during the video when the video gets released! I want to give you the best content on the web and that includes the photographs I take during real photoshoots. So here you go, the first update including the photos!
Madalynn Raye is wearing her super shiny stretchy catsuit and she poses for Mr. Ogre in another fetish photoshoot. Her slingback, black patent heels looks fantastic on her as well. She stands, twisting this way and that to show off her outfit for the lights and for the cameras as well.