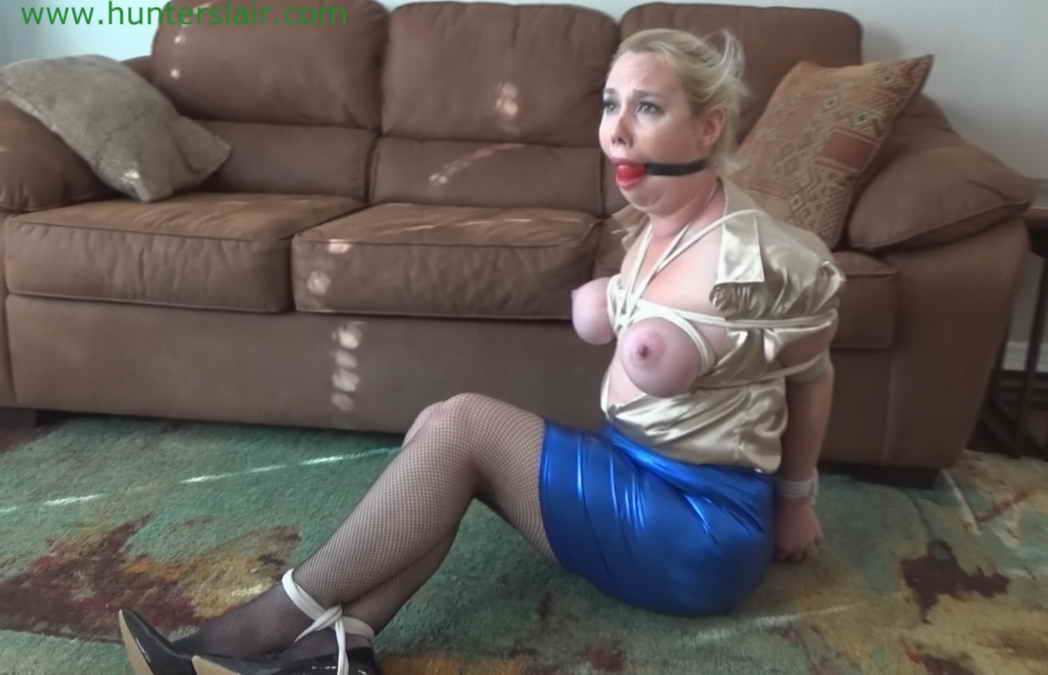 After her humiliating babysitting adventure Lylah’s boss realized just how submissive she was and knowing how desperately she needed the job he began offering her overtime to keep her tied up on the after hours and at his home over the weekends. The Hunter sits on his sofa calling for his curvy submissive secretary. With her elbows tied loosely behind her back and her ankles hobbled close together in rope Lylah shuffles slowly into the living room in her stiletto heels and carrying her ball gag. The Hunter takes the ball gag and has her turn around and inspects her curves and tied elbows. He then slowly unbuttons her satin blouse and allows her huge tits to fall free. Then her order her to turn around and he reties her elbows so that they are crushed up tightly against each other. She bites her lip as she feels her elbows slammed together and the tight ropes bite deep into her flesh. He then grabs the ball gag and stuffs it between her teeth and straps it tightly in place. He then places her on her knees and bends her over the sofa. He untie the rope tether around her ankles then crosses her ankles and reties them tightly together. Next he sits her on the floor and begins to wrap ropes around her chest and shoulders bracketing her big tits in rope. She looks down with big eyes as he then begins to bind her beautiful tits with the ropes like a tourniquet. The tight ropes cut deep into the soft flesh around her big beautiful tits as she winds the rope around and around her breasts. Now with her tits cruelly bound in ropes he ties her wrists tightly together then gets up to get some beer for the big game. Lylah can only sit on the floor helplessly bound and gagged as her poor tits begin to swell and throb. The Hunter returns with his beer and sits on the sofa with poor helpless Lylah sitting at his feet. He pulls her head into his lap and gropes and fondle her bound throbbing tits. She eyes go big when he tells her that he intends to keep her bound at his feet for the entire 3 hour game. Lylah sobs into her gag it is going to be a long afternoon for her. (8:36 minutes) 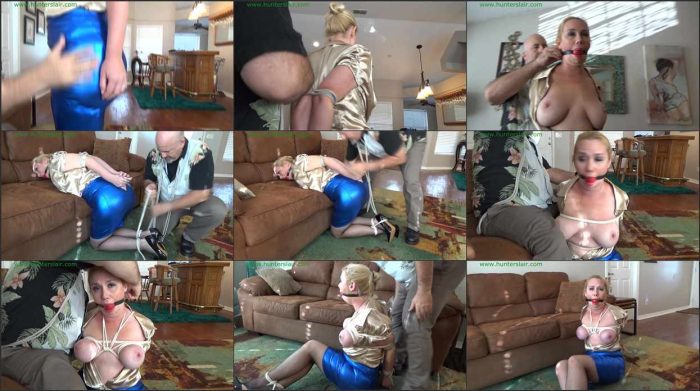