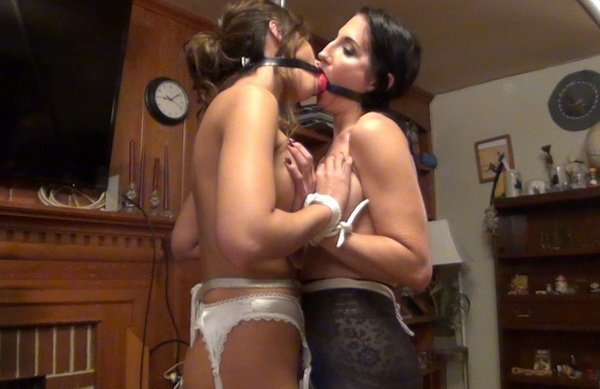 THIS IS A CHRISTMAS SPECIAL!!! One of my biggest selling clips was way back when my first LipLocker gag video was released and starred Drea Morgan and Michelle Peters. Those girls turned into quite the dynamic duo and now two more bondage up and comers are brought together by me and a couple very special custom guys. One in particular LOVED that Drea/Michelle scene and wanted more and newer. So did I. But I tend to over reach sometimes and I had a terrible time making the scene happen the way I wanted it to go. The third try was a charm. And I saw no reason not to show you all the first two failed attempts along with the final successful scene. I thought: two amazingly hot girls in sexy lingerie and high heels locked together in an open mouthed kiss. Why not? The price is my present to all the guys who spend money on my clips even though there is so much free stuff out there. Thanks you all!!! 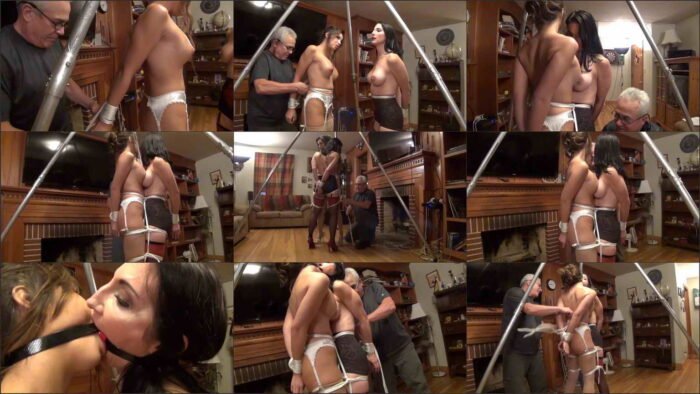