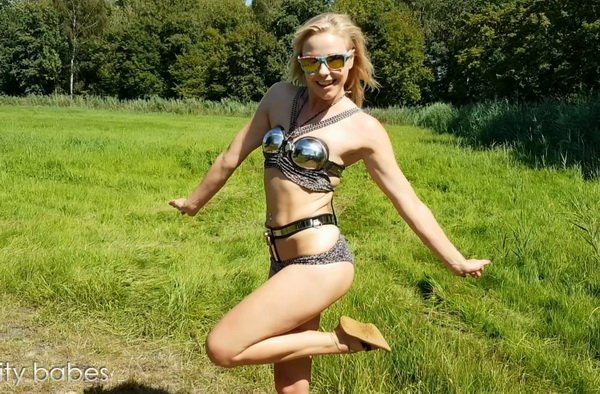 Lucy Lauren’s Chastity Deal was a lot of fun, we went outside a lot because it was an unusually hot week for Holland. But what was very typical of Holland was the number of cows we encountered everywhere we went. Lucy wasn’t afraid of them, she said her armor would protect her! I had upgraded that armor to include a chastity bra now, and we were out in a field when we met a group of young curious cows. Lucy was initially hiding her chastity belt and bra with a bikini and a dress. But you know Lucy: before I could blink all clothes were off and she was showing off her chastity gear to the surprised cows. It was maybe a bit too shiny for them! Lucy Lauren is such a free spirit, she loves being naked outdoors. Well, with a bit of chastity gear locked onto her it was even more exciting! There were a lot of people passing, because nice weather is pretty rare in Holland, so everyone was out and about. Lucy was running around in the field, gleaming in the hot sun, and I was trying to keep up with her. Trying to film a wild Chastity Babe while avoiding stepping in cow dung at the same time is very hard! 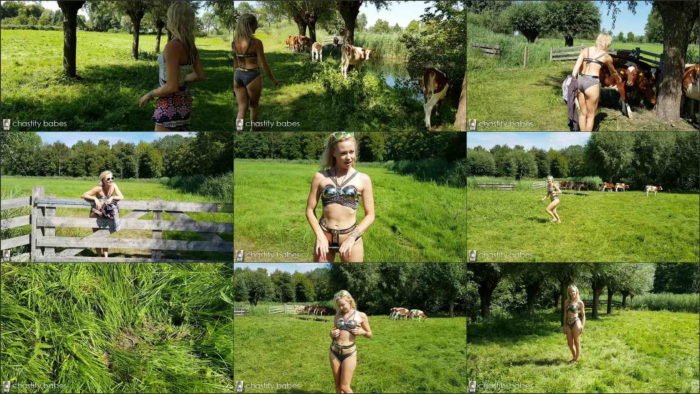