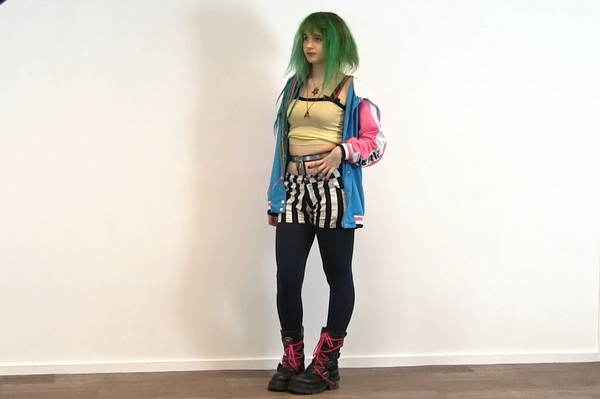 Lucy Elena – 20 year old gamer girl belted. Yes! A new local girl applied! Chastity Babe Lucy Elena is a 20 year old gamer girl from Holland who saw my Casting call. With money to be made (and even more if she will do a Chastity Deal in the future), Lucy was all up for the challenge, if not a bit shy and awkward. She is not a model, so she was more worried about the photo shoot than the actual chastity belt. So I changed the order of things a little bit. I took a few pictures and then decided to already lock her in the belt. I pretended I was leaving to get something and secretly filmed her while she stood there waiting for the photo shoot to start. She is a tiny girl, and super cute! She has her own style, and a chastity belt goes great with that style of punky gamer girl. In fact, it looked so good on her I wished I already had her in a Chastity Deal. But Lucy Elena was super nervous, so I guess it was best not to rush things… 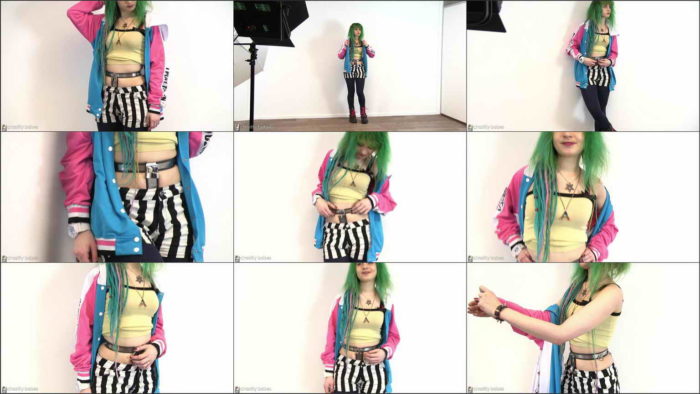 Alisa jailed, locked in restraints and collar to the wall with a heavy chain

Bex White in a Carrara belt – Casting by Natalia Forrest