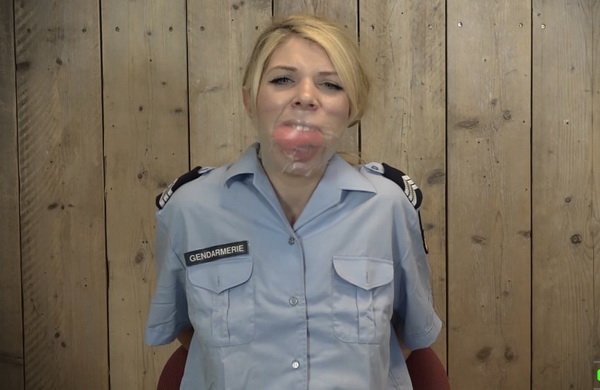 Gag 1
Cop Lolly Anne has got captured and is about to get gagged multiple times. Her mouth gets stuffed with a white ankle sock to start with and black PVC tape wrapped around as a cleave gag. Now the only thing she can do is protest against the situation she is put in.. Lolly Anne tries to talk trough the gag but all you can hear is muffled gag talk. She gets a bit angry about her helpless situation as well and tries to make as much sound as possible but all you can hear is loud MMMMMPPPHING…
Gag 2
Now it’s time to keep this cop even more quiet. There is a big pack of black ankle socks stuffed inside of her mouth and a lot of grey silver PVC tape wrapped around her head covering her whole lower face. Now this effective gag is put on her she has to do her best even more to get sound out of her mouth. She switches normal gag talk with angry gag talk from time to time giving you a closer look as well. Lolly Anne tries to struggle her way out of this situation while MMMMPPPHING a lot..
Gag 3
Lolly Anne’s capturer wants to try one more gag on her. He stuffs in a big pink sponge and wraps around clear PVC tape to keep it in. Lolly Anne can still move her mouth a bit with this gag in. She tries to talk but all there is coming out of her mouth is very muffled and you can see her give it her best shot. Expect a lot of loud angry gag talk because she is done with it… 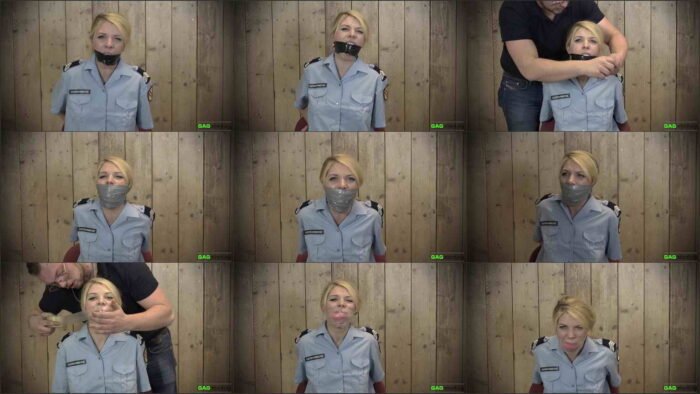