Home » General » Lola Lynn – They got the neighbor’s step-mom to let them tie her up, oldschoolbondage 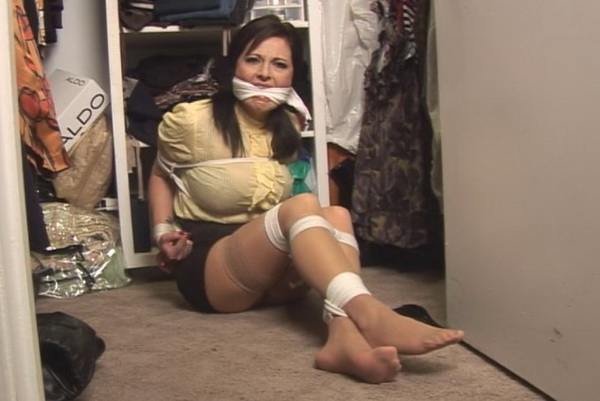 Lola Lynn was not only the prettiest Step-Mom in the neighborhood, she was also the coolest. During the holiday school break while her sons were away staying with relative, she allowed some of their friends to hang out at her house. Somehow she let them talk her into playing a game where they tied her up and she tried to escape. At first she was reluctant. But then she thought, “How could it hurt. It’s just a game.” At first, it was kind of fun squirming around and pretending to be a Damsel in . But it didn’t take her long to realize, that these guys were pretty good at this and she probably wasn’t the first person they ever tied up. In fact, they were so good at this, that she could not get loose and the rope was tied so tight, it started to hurt.The video begins with Lola tied up tight with rope in her bedroom closet. She remembers that she has a fingernail appointment soon and tells them to that it time to untie her. When they ignore her and run off, Lola starts to get a little more demanding. She orders them to come back and untie her “Right Now!” But still, they refuse to do as she says. After a while, she hears them doing something in her bedroom. She realizes that they are going through her dresser drawers. Then they appear again and this time, they are holding a pair of her panties. “Oh No! You are not stuffing those in my mouth!” she warns them. But the next thing Lola know. She is tightly gagged with a pair of her panties packed in her mouth. She is so furious now, that she does not notice that a couple of buttons on her blouse have popped loose. She hears the front door close and she knows now that she has been left all alone bound and gagged in her closet. “OMG! when my husband finds me like this, it is going to be so embarrassing” she thinks to herself. Little by little it gets more humiliating as her short skirt rises, exposing her flimsy pink panties. When her big boobs somehow pop out of her bra. Now Lola realizes that she really needs to get herself untied, because any minute now, her husband is going to walk in the front door. She starts to wonder how she is going to explain to him how she let some neighborhood mischief makers tie her up and gag her in her bedroom closet. 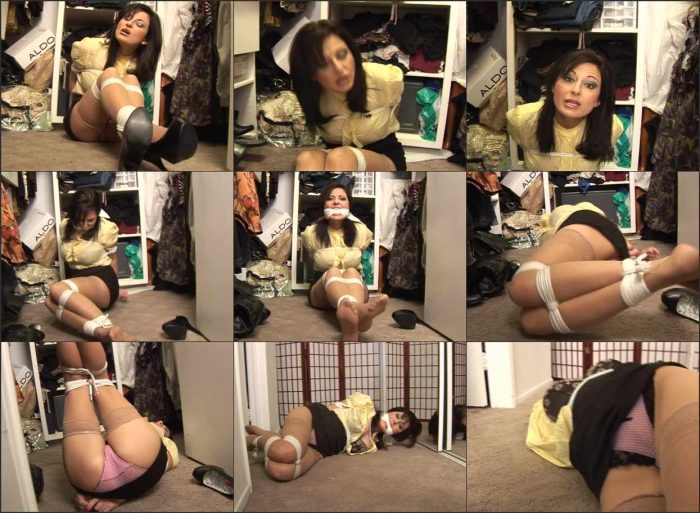 Eden Wells – The little creeps gagged me with their mom’s panties, oldschoolbondage

Savannah Costello – Tying up the School Principal in Lost and Found, oldschoolbondage

Keeping Kendra Lynn Bound and Gagged on the Bed – Ropemarked

Crystal Frost – He had to hide in a closet and watch someone tie her up, oldschoolbondage

Carissa Montgomery – They made me stuff panties in my mouth! oldschoolbondage

Enchantress Sahrye – Don’t let my husband come up here and catch you tying me up! oldschoolbondage

Riley Rose – Step Mommie let us tie her up! oldschoolbondage