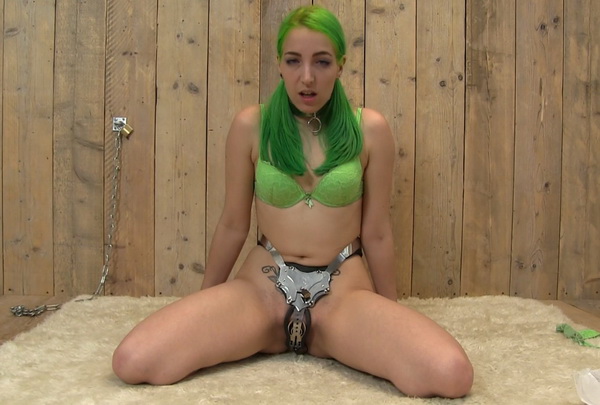 Chastity Babe Liz Rainbow – vibrated in Carrara chastity belt. This time, Liz was very green. Green hair, green lingerie, she truly is a rainbow, such a colorful girl! The only right thing to do was to give her a big green jewel buttplug and tell her to put it in to complete the look. So much green! Liz loves plugs so much, especially butt plugs, but I wasn’t going to use a second plug. Instead, I had a surprise in mind that would turn out to be even more fun! I had attached a 4-speed vibrating egg to a Carrara chastity belt. The egg fit snugly inside the vaginal cup, and the remote control was taped to the back of the belt. This way, the egg would be pressed against Liz’s clit very tightly. Liz inspected the belt, and turned on the vibrating egg. At level 4, this toy is super powerful!! She was a little scared, but I instructed her to lock the belt on… 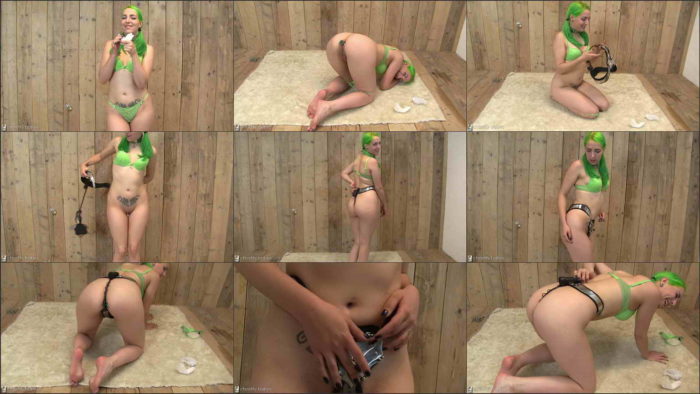