Home » Bondage M/F » Liz Andrews – She can’t come to the phone! I have her tied up under her desk! gndbondage 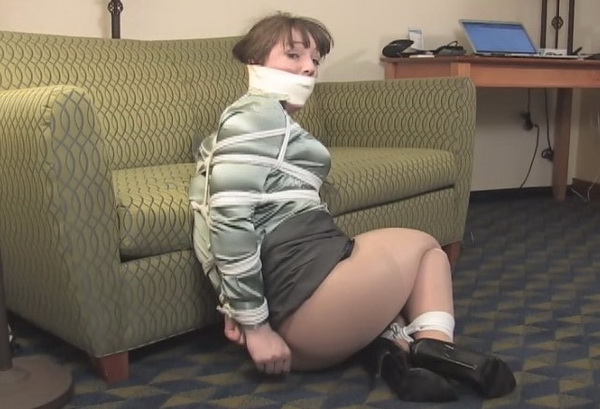 A man is typing on a computer when the phone rings. The caller is looking for Elizabeth Andrews, the secretary who usually works at this particular computer. The man tells the woman who is calling that Liz cannot come to the phone right now because she is a little tied up at the moment. So the caller, believing he is joking tells him to tell Liz to call her when she can. As the man hangs up, it becomes apparent that he was not joking at all. Because all of a sudden, Liz Andrews comes into view and she is bound and gagged under her desk. After getting everything he needs from Liz’s computer, the man pulls her out from under the desk. Using more rope, he ties her much tighter and more secure to make she she stays restrained long enough for him to be far away when she is found or is able to get loose. He also re-gags her by wrapping tape around her face and panty packed mouth. Hours later, someone will find Ms Andrews still struggling hogtied and gagged on the floor. But by then, the robber will be on an airplane, on his way out of the country. 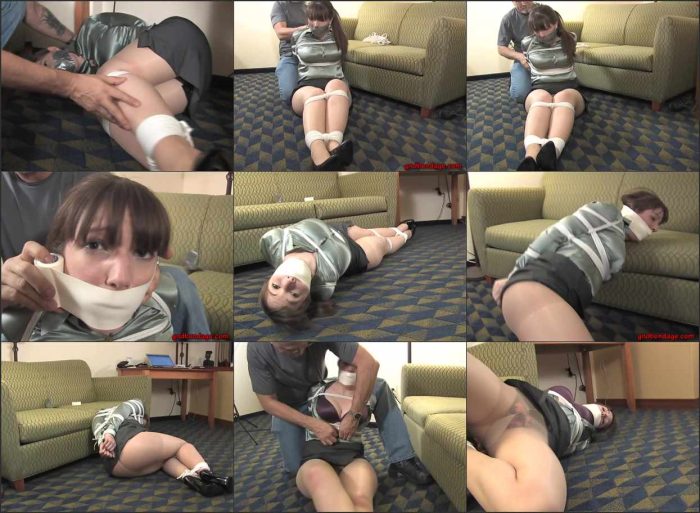 Bound and gagged Madalynn Raye: I have panties taped in my mouth!