Home » Bondage M/F » Liz Andrews and Enchantress Sahrye – What did those little bastards stuff in our mouths! gndbondage 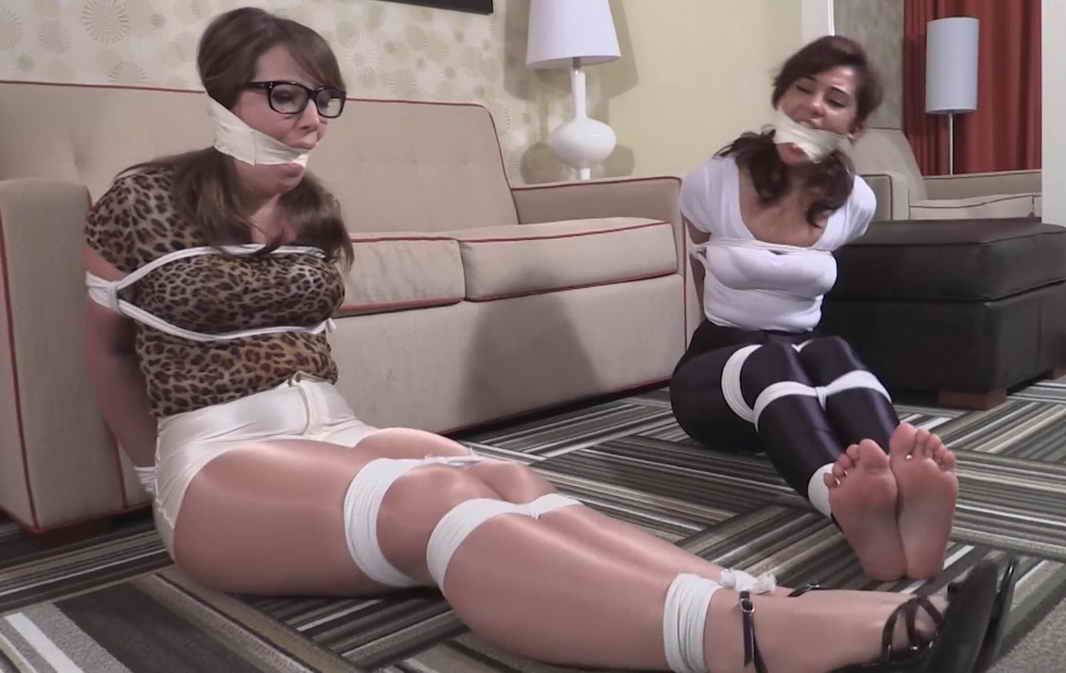 While baby sitting, Sahrye gets herself involved in a game where she gets tied up and gagged. But the boys who did this, left her and ran off to play. Sometime later, she is still not able to free herself and although it will be embarrassing to be found like this, she has no choice but to call her friend Liz Andrews. The only problem is, being gagged, Liz cannot understand her. So somehow, Sahrye is able to get the wad of panties stuffed in her mouth out. Although she cannot get the rag untied between her teeth, she is still able to get Liz to understand her. Sometime later, Sahrye has been re-tied and re-gagged. This time with her hands behind her back and the panties packed and taped in her mouth. Liz shows up to find her like this. But she too is jumped and soon finds herself tied up right next to Sahrye. Then while their captors run off to find something to gag Liz with, she and Sahrye try to call the parents. But they are told, it will be at least an hour until they can come home. Then the boys return and now they have a pair of step-step-mom’s panties. Liz cannot do a thing as she too gets her mouth stuffed and taped. Now both girls are left to struggle bound and gagged. They roll around on the floor and try to figure out a way to get themselves free. It takes some time, but eventually Sahrye is able to reach the knot of the rope binding Liz’s wrists and she is soon free. Together the girls get untied. But it is very painful as they unwind the sticky tape from their hair so they can spit the wads of panties out of their mouths. 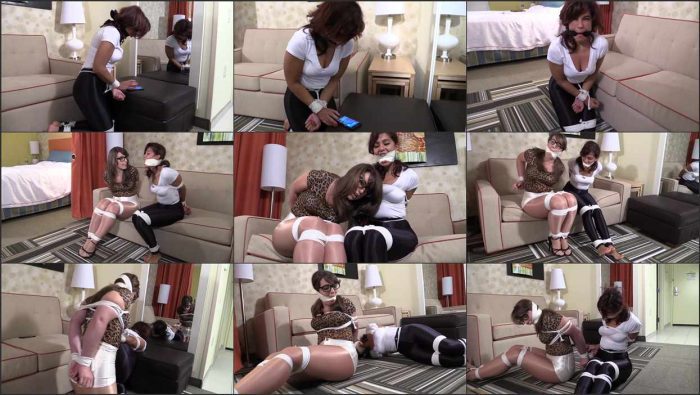 Ashlee Graham – It’s going to be hard to scream with panties stuffed in your mouth! gndbondage

Carmen Valentina – I let you tie me up! Now you have to fuck me! gndbondage

JJ Plush – He stuffed 3 pair of panties in my mouth! gndbondage

Summer Hart – I can’t believe I want him to pull my panties down and let me have it! gndbondage

Vicious Vamp – You tied me up! Now you have to gag me and fuck me! gndbondage

Joyful Girl – Don’t you want to tie up and gag your full figured neighbor! gndbondage

Anna Evans – Helpmmmfff! I am gagged in the basement! gndbondage