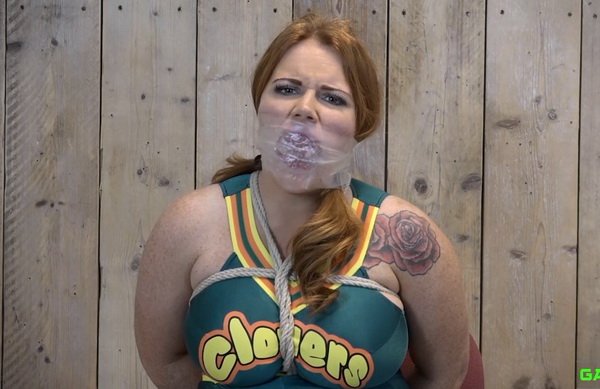 Gag 1
Cheerleader Lisa is captured and about to get gagged. There are two socks stuffed inside of her big mouth and black PVC tape wrapped around as a cleave gag. She struggles a lot making a serious amount of MMMMPPPHING. She gets angry at her capturer for putting her in this helpless position. Lisa tries to get the gag off but the tape is applied way too tight…
Gag 2
Lisa her mouth stuffing get’s replaced by a bigger pack of socks that she has to keep inside of her mouth. When her mouth is fully packed silver PVC tape is wrapped around her head as a tight wrap around gag. Lisa is left alone to struggle and gag talk a lot. She gets angry and switches to be a helpless damsel in between when she notices this tight gag isn’t coming off soon…
Gag 3
Now it’s time for a even bigger stuffing for Lisa. A full size red bandana is stuffed inside of her mouth and there is clear tape tightly wrapped around her head to keep it all in. Lisa is now much more helpless than with the other gags because of the huge size of the stuffing put in. She tries to speak as much as she can but all that is coming out of her mouth is muffled gag talk… 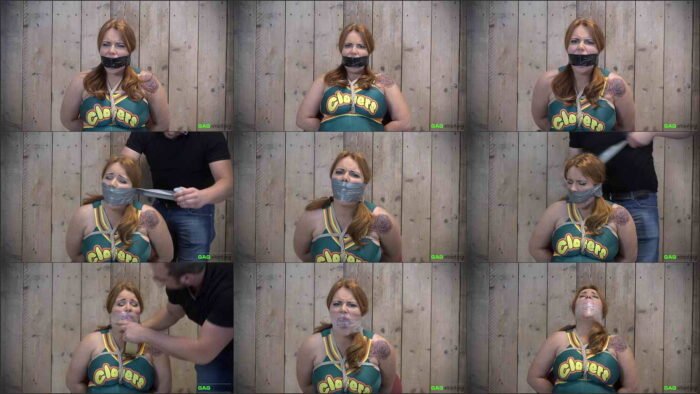