Home » General » Lets keep them ties & gagged while we wait for the money! 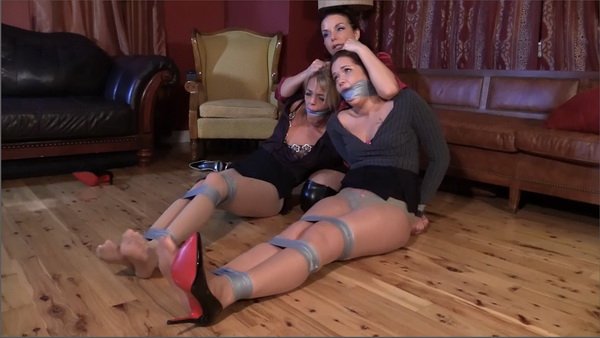 A couple of thugs have a gun and some tape. They get to taping up to pretty young girls, one blonde, one brunette. These girls are mouthy so they are shut up, one with socks, the others with panties. Tape is used to seal the mouths shut. The brunette is a bonus girl, the two thought they would only be dealing with the blond. The wife of a fella who needs to get them a large sum of cash. They thrash about, but they can’t actually get away. Even their elbows have been taped together. Eventually they are hogtaped. They struggle to breathe and can’t move much at all. Finally the man of the duo decides to drag the blonde away for a little fun with her before her husband returns with the money. Rachel’s Self Hogtie, Hogtaped Herself