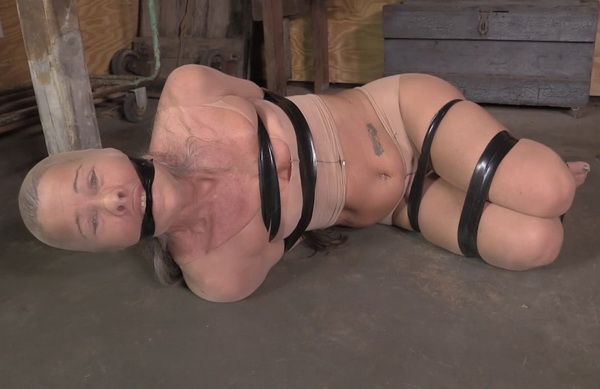 Inmate Leilani is siting in a car on her way to a half way house. At least so she is told. She is wearing jail jumpsuit, waist chain handcuffs and shackles and a pair of flats or sneakers. The waist chain is tight around her waist. She is also wearing pantyhose under the jumpsuit. No underwear. The shackles is put outside her pant leg as in the picture attached. She is talking to the guard driving her. She is so happy. She has been in a prison cell for to many years now. She was a business woman but unfortunately she embezzled a lot of money and ended up with a long prison sentence. It is so nice to se the sun again. For the first time in her time in jail she has been allowed to wear pantyhose under her jumpsuit. The guard gave her the pantyhose to wear because she told him that she always wear pantyhose when she was a free woman and he wanted to be a bit nice to her. She feels at least a bit more like a lady. She has also fixed her hair to look as good as possible. She is wearing some nice business style glasses. She wants to give a good impression. She smiles and is so glad she is going to the half way house. Make some footage of her in the car. She is sitting with seat belt on. You don`t have to drive but make some footage of her sitting in the car with seat belt on talking to the guard. Leilani and the guard improvise some dialog in the car about her excitement about the half way house. She has heard that she is going to a family and that she is going to work on a farm. She is very used to the restraints and she is not struggling in the them… 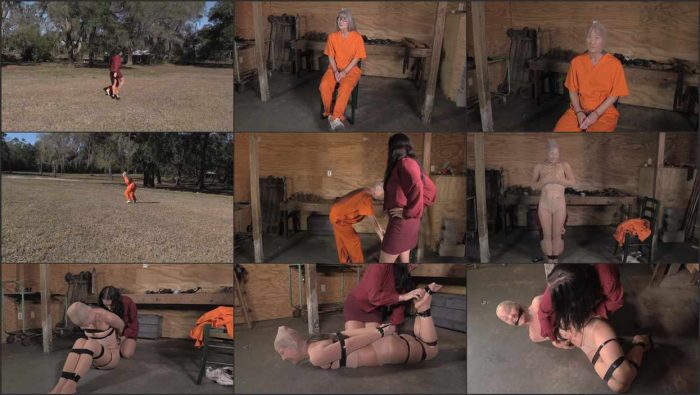 Lucy Purr – Getting To No Lucy, brendasbound

Ariel Anderssen In A Nice And Tight Reverse Prayer, brendasbound

Ariel Anderssen – We Started With A 1000 Feet, brendasbound

Carmen Valentina – Her Debauchery Came To An End, brendasbound

Caroline Pierce – Damn It I Said Not So Tight, brendasbound