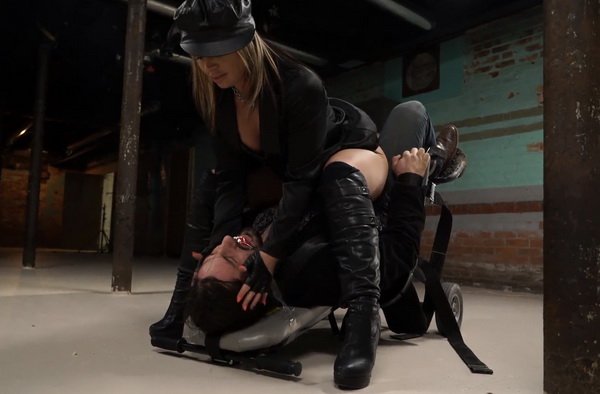 The prisoner wakes up in his cell having no clue on how he got there. In walks Officer Adara in A leather uniform. The prisoner keeps asking why he is there and how he got there but she avoids his questions slamming him up against the wall for a search. The prisoner has no idea what is going on as the officer continues to inappropriately search him… She pulls him out of his cell into the main area and taunts him telling him to make his phone call on the non working phone…. She handcuffs him to the table and the wall and shackles him. She continues to add shackles and she wraps the phone cord around his face for some added humiliation. She straps him to a restraint chair and fondles him while he helpless taunting him and sitting on his lap. She pulls off a pair of her panties and stuffs them in his mouth securing them in there with some clear tape asking him how her pussy tastes. She wheels him around in the restraint chair tipping it backwards and sitting on his chest. Then takes him back to the cell in the restraint chair and begins to strip down to her bra and panties. She sits on his lap fondling him telling him how nice it is to have someone there with her to keep her entertained… She leaves him in the cell as she exits. She comes back a few minutes later completely naked in her boots and wheels him out to use him some more… 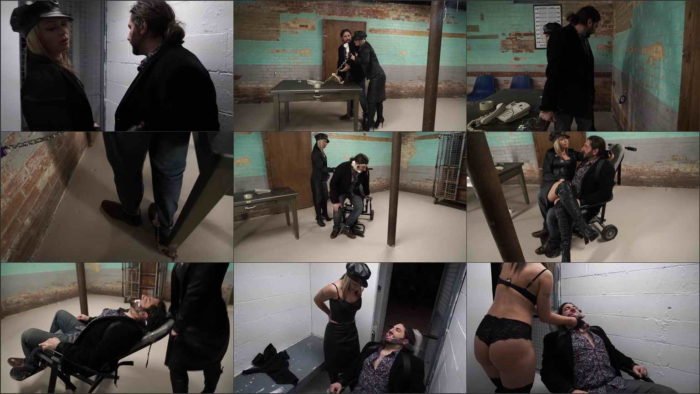