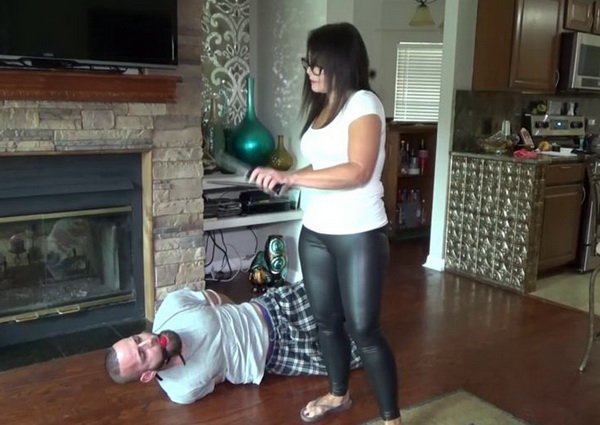 Lazy boy John Cash is sitting around still in his pajama bottoms. Yet again he did nothing all day but channel surf and eat. I walk in and grab him by the neck throwing him down onto the floor. “I can’t believe this you lazy son of a bitch!” I stand over him with one foot planted on his chest. John begs me to stop and says he will stop being a lazy slob, but I am determined to teach the boy a lesson he won’t forget. I grab some rope and begin to tie him up starting with binding his wrists together behind his back. I rope up his ankles While tying him up I squat down n his chest until he turns red. Then I roll the boy over and squat down really close to his face laughing at his misery. Off I go to the kitchen to get a butcher kn*** and start to sharpen it… Male bondage, Young latino thief thought he could rob us

Hogtied Nyxon, No you will not Break my son’s Heart