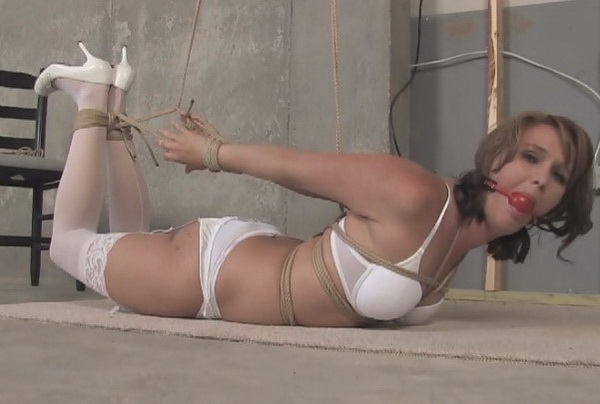 He was going to move out of the country, but he wasn’t going alone. He always had a thing for the Layla the lady next door and he decided that she would be going with him. After taking her, he took her down into his basement and made her strip down to her underwear. He then made her sit on a chair where he tied her up. To gag her, he stuffed her mouth and then wrapped packing tape around her face and mouth(On screen). Layla was well aware of his plan and knew she had to get away. She bounced around on the chair as she struggled hard to get loose. Later in the evening, he made Layla lie face down on the concrete floor. He removed her gag, but quickly replaced it with a ball gag. To make sure Layla stayed put, he put her in a tight hogtie that he connected to a ceiling beam. Layla knew now that she wasn’t going anywhere and that she had no choice but to be his Bondage Slave. 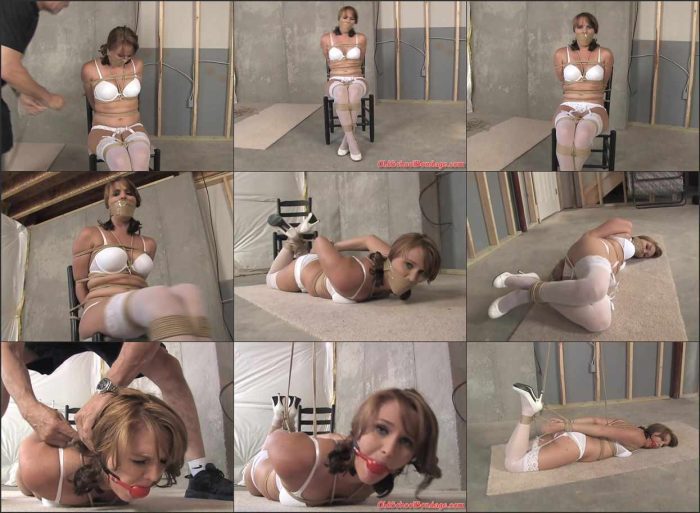 Borderlandbound Sophie Star in: She Blocked Him Online: HE Took Her Away With Him! Full Movie

Carried upstairs to tie her up, gag her and keep her tucked away, oldschoolbondage

Summer Monroe – No One said anything about tying me Upffmmmph! olderwomentied

Riley Rose – No one has to know I let you tie me up and gag me! oldschoolbondage

Rachel Adams: Pulled Up and Tied back, Bondage by Ivan Boulder