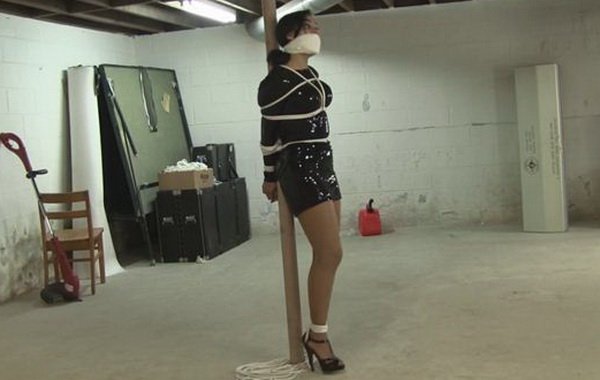 Enchantress Sahrye is tired of dealing with her noisy neighbor. He keeps odd hours during the night and is always working with his tools. Tired of sleepless nights, Sahrye takes matters into her own hands and visits her neighbor. After some choice words and raised tones, they come to a compromise. Her neighbor tells Enchantress Sahrye that he will only work on his tools during normal hours if he lets him tie her up. Sahrye agrees even though she doesn’t like the concept. He binds and gags her to a pole while she is wearing a tight, sequin dress. She squirms for a bit trying to get out, unsuccessfully. Enchantress Sahrye tied up with rope and gagged