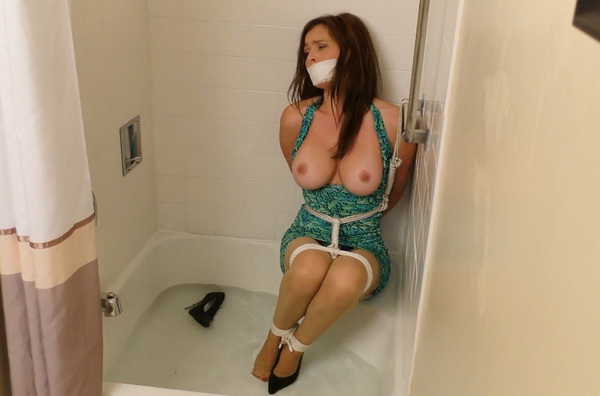 Krissy is excited to be on an expensive weekend getaway with her boyfriend. He has even gotten them reservations at a five-star restaurant across the street from the hotel. Instead of being appreciative, though, Krissy refuses to walk across the street in her pricey new shoes. She starts getting mouthy and it’s time to take her down a peg. Next we see she’s been left tied-up in the hotel room bathroom. The water is running and it’s ruining her brand-new shoes. She whimpers and pouts as the water gradually destroys her fancy footwear. Finally her shoes get so loose that they float away. 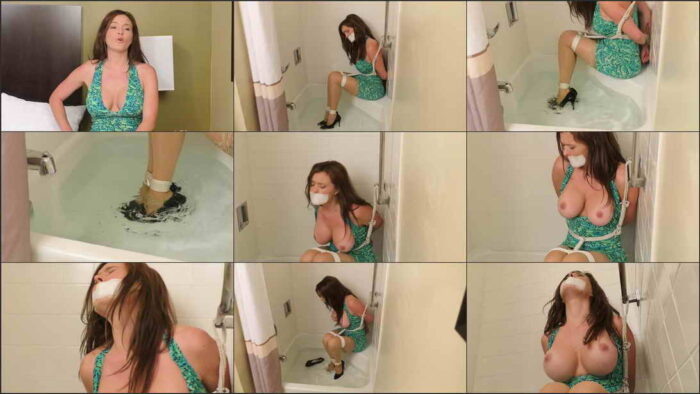