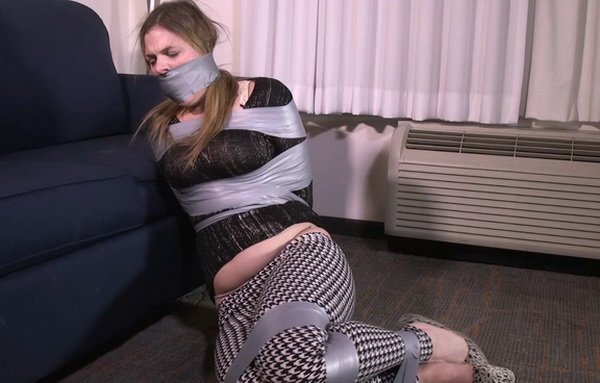 A man brings Kendra into the room. Her hands are taped behind her back and she is gagged. As he adds more tape to bind her, Kendra tries to protest. But, it is hard to figure out what is going on. The man isn’t talking and Kendra’s mouth is stuffed and taped. Slowly as Kendra struggles bound and gagged, you get the sense, she and the man know each other. Then when he pulls her panties down and takes her tits out, it looks like something bad is going to happened to Kendra. But then she gets on her knees and tries to tell the man something. After listening for a short time, it appears Kendra is telling the man she wants to suck his cock. So, he removes the gag and that is exactly what Kendra does. 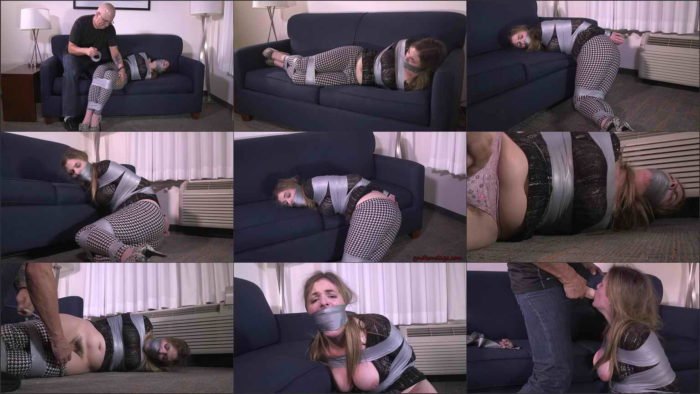 Chichi Medina gndbondage – Home Invaded-Taped and gagged in her pajamas