Home » Bondage M/F » Kendra James – He taped my sock in my mouth, gndbondage 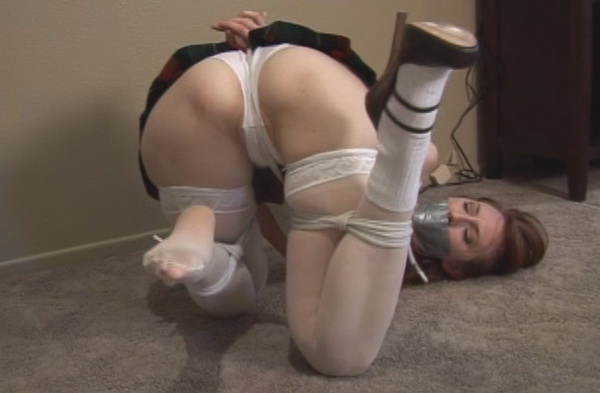 Kendra picked the wrong day to miss class. A man his way into her house and made her face the wall. He warns her to behave or he will tie her up. But Kendra doesn’t listen and tries to get away. The man drags her back inside and her back on the ground where he ties her up. Then as she is left to struggle, Kendra threatens to scream. This causes the man to take off one of her shoes and rip off one of her socks. He then roughly shoves it in her mouth to gag her. He then uses duct tape to seal her mouth shut. With the threat of Kendra screaming for help gone, the man again leaves her. Although Kendra is tied painfully tight, she continues to struggle hard to get loose. To make matters even more difficult, there is a rope tied tightly up her crotch and attached to her hands. Every time she moves her hands, it pulls on the crotch rope. Later in the video, the bad guy has left. Kendra’s top and bra are down now exposing her boobs. She has somehow worked herself into a squatting position. This allows her to reach a kont and after a some more struggling, she is able to get herself untied and run away. 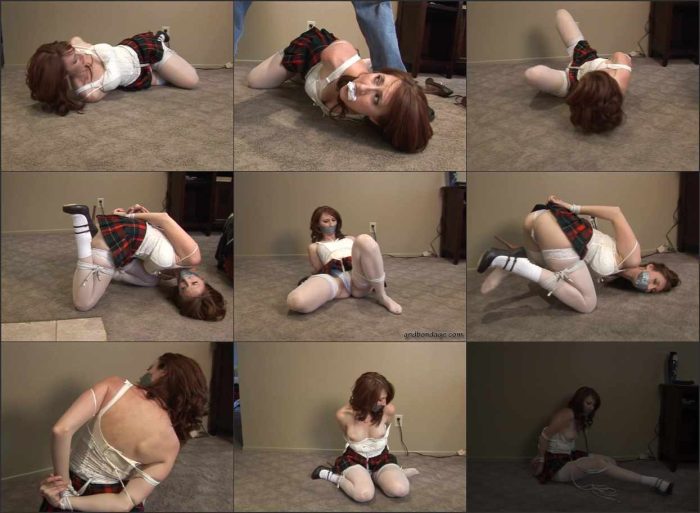 Leilani – I can’t believe I dared him to tie me up and gag me! gndbondage

Amanda Foxx – He has me tied up ! I need to get to my cell phone! gndbondage

Sarah Brooke – OMG! That’s me in the mirror! All tied up and gagged! gndbondage

Dani Sorrento – I kind of want you to fuck me all tied up like this! gndbondage

Amanda Kent – Busty government agent gets herself tied up and gagged, gndbondage

Siouxsie Q – No one could hear me! I was tied up and gagged in the kitchen! gndbondage

Luci Lovett – Tie me up and gag me with my panties! gndbondage