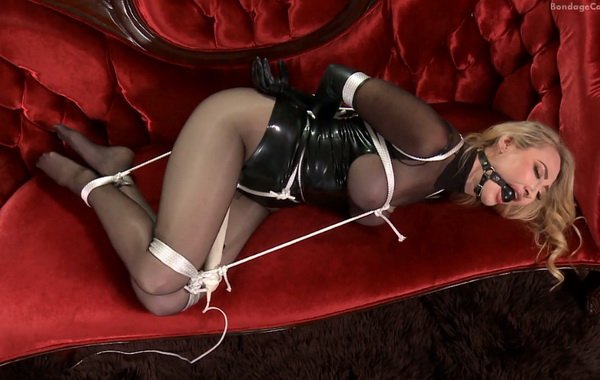 So with Covid having hit us all so hard – shooting has been really rather difficult – and when the model is Kendra and she lives on the other side of the country, it isn’t surprising that we haven’t seen each other for a year. Well folks, something is definitely different. After being a redhead for as long as I’ve known her, it was quite a shock to see her blonde. Not that I haven’t seen pictures. She sent me one the day she started the process, but in person, and under the strobes, well, it was different. It might take a bit to get used to, but her personality is exactly the same, and she struggles the same, and comes just as hard – so… has anything really changed that matters? In this case, she brought with her a rather sexy latex playsuit and I thought we had to use it.
Pretty conventional bondage – but it is quite inescapable, the crotch rope was super tight (well, actually the outfit was super tight and the crotchr ope just helped it up between her legs – but the effect was the same), and once she was hogtied with the vibrator on her, the fireworks really started. Enjoy the struggles, folks! 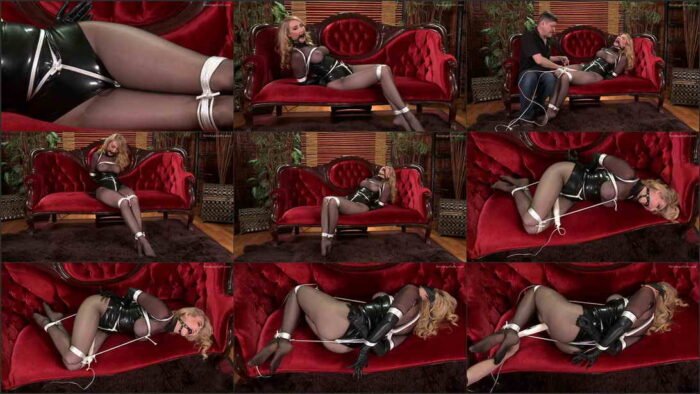