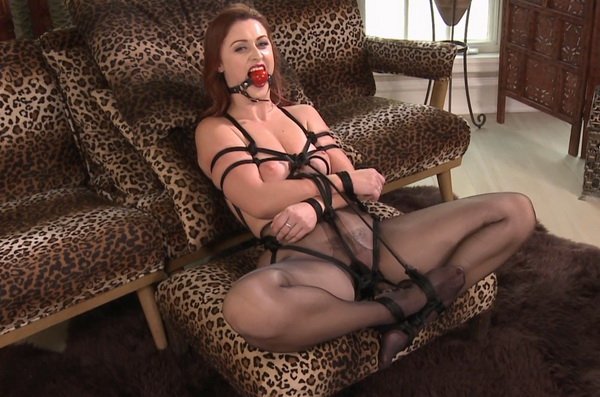 Sometimes I do bondage that is not really about how hard it can be, or how cool the tie is – sometimes I just want to allow the girl involved to have fun. That is the case here. Karlie, who is not only a feast for the eyes, also really likes to squirm a bit (which she does later on and definitely in the accompanying video). So I tied her with her hands in front so we could all watch just how helpless she can be even when she thinks she might be able to reach something. She can see it all in front of her, but there isn’t any knots she can untie. All she can do is struggle and try to reach something that is purposely JUST out of reach. Even the nipple clamps that get added at the end can’t be reached. So close and yet so far. The tie was a bit complicated. I had to make sure that there weren’t any knots at her feet at all, because she might (and I is was a remote possibility) be able to just reach those, and I had to make sure she couldn’t pull her feet out of the ropes. Mission accomplished on both fronts. The knots are back behind her body and it didn’t matter how hard she tried she was totally unable to not only get free, but to mess up the look of the bondage (important to me). Enjoy. She certainly had fun with it. 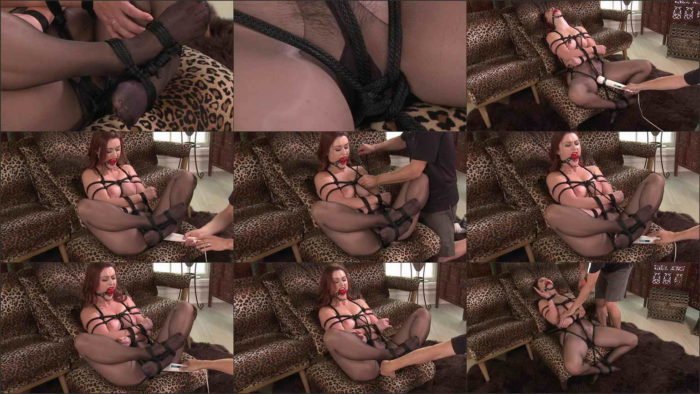